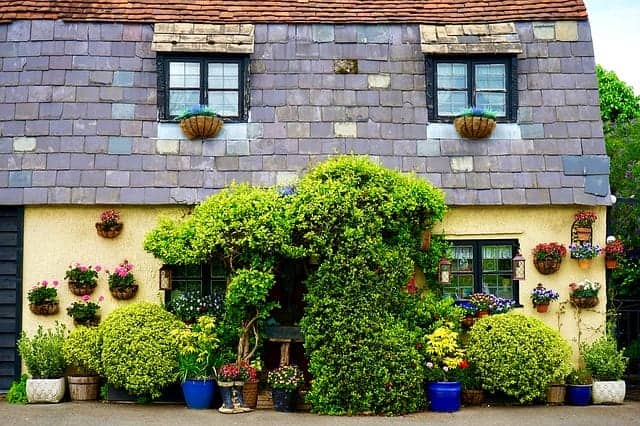 “I do not know where your friend, Mr. Darcy, has gone to. He seems to show an inordinate concern for his horse? Much more than for the very people he Is visiting.” Jane blushed and glanced at Mr. Bingley who was staring at Mrs. Bennet.

“I have never seen such bad manners. I should be assured that if I were visiting someone I would not dare leave to go check on my horse.” Jane glanced back at Mr. Bingley begging with her eyes for him to do something. She could not correct her mother in front of guests, yet she wished fervently that she had Elizabeth’s strength of character to speak up and change the direction of the conversation.

“Mrs. Bennet, would you mind greatly if I took a walk with Miss Bennet over your nice grounds? It looks like a very nice day for a walk.” Jane smiled at Mr. Bingley and his face lit up. He was such a smart man her Mr. Bingley, and she was so lucky, so very lucky indeed that he had still loved her and had proposed to after such a long separation.

“Why yes! It is so very nice to see a man that enjoys a good walk. I say that it shows good breeding and good stock.” Jane grew alarmed at her mother’s use of the word good stock. To imply that Mr. Bingley, such an esteemed man, was nothing more than livestock was too much. She glanced at Mr. Bingley to see him halted in the process of standing up, staring aghast at Mrs. Bennet. “I do not even need to send a chaperone with you since you engaged! Oh how happy I am for you Jane.”

Mr. Bingley was now standing upright, holding out a hand for Jane. “Thank you Madam. I wish to leave on our walk directly.” Jane placed her hand in Mr. Bingley’s, the warmth of his hand, the soft caress sending tingles through her body. It was so shocking and so gratifying to be able to hold his hand in front of others. She would never tire from this joy.

Mr. Bingley and Jane walked out front to see Mr. Darcy by his horse. As they drew closer Mr. Bingley called out to Mr. Darcy. “I say Fitzwilliam, I did not know your horse was injured so?” Jane could hear the questioning in Mr. Bingley’s voice. She was embarrassed that Mr. Darcy had apparently made up an excuse so as to remove himself from mama’s presence. What else could have brought him out here to be with his horse for such a long period of time? She hoped none of the servants had spied Mr. Darcy out here for that long. If word got back to Mrs. Bennet that Mr. Darcy had fled her company and instead stood by his horse, Mrs. Bennet’s tirade would be legendary.

“Charles, I have an urgent errand I must perform. I am going to London to fetch a physician. I am quite concerned about Miss Elizabeth’s health.”

“Good God man! Could you not send a messenger instead? There is no need for you to take this task upon yourself.” Mr. Darcy shook his head.

“It is an errand that I must tend to myself. I am unsure if the esteemed physician I know were to leave to a countryside house if I was not there to request it. I know this something I must undertake myself.”

“I do not understand? The family did not intimate that Miss Elizabeth’s ailment was serious.” Mr. Darcy was hesitant as to what to say to Mr. Bingley’s question. He could not give out that he had spied Miss Elizabeth’s health for himself. The rumors that would abound would grow more fanciful with each telling. He twisted his mouth as he could imagine the sorts of rumors that would be floating around Meryton about the Bennet family if it got out that a man had been on the floor with the girls bedchambers. The entire family would be ruined forever. Much as they almost were thanks to their youngest, the now Mrs. Wickham.

“Mr. Bingley, I can attest to the gravity of the ailment that has afflicted Miss Elizabeth. I too am fearful for her health. She lies on the bed delirious and with such pains.” At this Jane could not help but wipe tears from her eyes. She was so fearful for her sister Elizabeth. “Her countenance does mimic the sheet she lies upon.” At this Jane’s tears were flowing in earnest.

Mr. Bingley was aghast. “The Bennets did not utter a word of this! Why, I was led to believe that it was just a summer cold!” Mr. Bingley wrapped Jane in his arms, holding her tightly as she cried upon his shoulder. He pursed his lips and could not wait for the day that Miss Bennet would not have to reside in that household anymore.

“Make haste, man. If Jane says it is so, it must be true. Hurry.” Mr. Darcy nodded and then jumped up on his large dappled gray stallion. He turned the horse around and made straight down the lane galloping at such speed as to reach Netherfield in record time.

Upon reaching Netherfield, Mr. Darcy jumped off the stallion, throwing the reins to the stable boy. “Hurry, I have need of the chaise and a fast team! We must make haste to London!” The stable was roused into a frenzy by Mr. Darcy’s words.

“We will be going to London and returning directly. I think two horses would warrant faster changes at the stops.” The stable master nodded at these instructions. Two fast and rested horses were much easier to get than four.

“You are returning directly then?” It was an odd situation to be sure. No one traveled to London and then immediately turned around and came back, unless they were in a race.

“A young lady’s life hangs in the balance. I must fetch a physician before it is too late.” The stable master bowed and ran off yelling at everyone to hurry even faster. Mr. Darcy did not know what to do with himself. He was not in a habit of sharing his innermost thoughts with servants, yet he just did. He would not fall apart, he could not! Miss Elizabeth needed him! Just then his valet appeared with a bottle of the finest single malt and a glass.

“You have read my mind. I need to calm my nerves if I am going to manage this trip.” Mr. Darcy poured himself a finger and threw it back. He grimaced at the burn.

“Good luck, Sir.” Mr. Darcy hoped for the best of luck as well. He was sure they needed it, what with Miss Elizabeth lying so still and pale. He could not get that image out of his mind. Nor did he want to. It was the only thing keeping him from flying to bits.

He could not imagine his life without Miss Elizabeth in it. He hoped against hope that he had managed to change her mind at Pemberley and in Lambton. But this was no time to tarry. He was in a race against time, a race against whatever was stealing Miss Elizabeth’s life, and he needed to win this race.