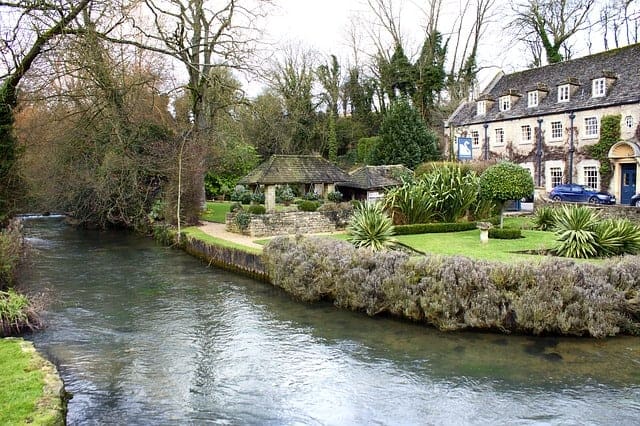 “No, no Sir. You must not!” Elizabeth tried to push the apothecary away but the strong assistant held her arms down.

“You are delirious, miss. Never fear this shall be over in a trice. Mrs. Wentworth, keep your hold steady on the arms while I place the leeches.” Elizabeth rolled her head from side to side and tried to move her body, but she was so weak she was sure a butterfly could keep her arms held down.

She knew the leeches were wrong. The thought of bleeding someone to make them get better ran contrary to common sense. At least the apothecary was not going to put leeches on her midsection where the worst of her pain was. Actually, she imagined he would probably do that next.

Elizabeth did not want to look but it was much better to see the horror with her own eyes than to imagine it. The leeches were white, long and skinny. They looked exactly like she remembered them from when she wandered in a stream as a child. Those leeches were bigger and red, full of her blood. The servants had held her down as they pulled the leeches off her toes. She had not walked in a stream since.

And now they were to be placed upon her arms to drain her blood. Mr. Jones, the apothecary, assured her it would restore the good humors in her body and get rid of the bad. She was too weak to ask him for a detailed explanation of exactly how the leeches knew which humors were bad. Were there leeches that only took out good humors? Were the leeches different colors?

She knew she was delirious and her mind was running off into the crazies. She wished her father was here as he did not agree with bleeding people to restore humors either.  She tried to be as strong as possible, hoping to do something to stop Mr. Jones. But he was determined.

The first leech went on her upper right forearm and she screamed. It hurt. Her heart was beating so strongly and so fast that she felt like she was going to cast up her accounts. She did not know what had befallen her, but she could not imagine feeling any worse than she did right now. Such a fast pounding heart rate was not good, she knew that. She rather thought she needed liquids to carry out whatever was afflicting her.

“Please, hot tea. Please bring me some tea.” Mrs. Wentworth continued to ignore Elizabeth while holding down her arms. The apothecary placed more leeches on her arm. Was she going to die here, in her bed with the indignity of having leeches on her arms?  Would she be buried with leeches on her arms? Such ridiculous nonsensical thoughts running through her head. Why could she not concentrate and stay focused on getting them away from her? Trying to concentrate was like trying to grab the wild cats when she was a child.

Mr. Darcy was able to look around the corner of the doorway without being noticed. He gritted his teeth and clenched the edge of his beaver hat so tightly it was probably permanently warped. But he did not care or even notice, as he was so focused on Miss Elizabeth’s countenance and her cries for help.

This was madness, utter madness. This country apothecary was not a real physician. If he remembered correctly, it was Mr. Jones from Meryton.  He was good at dealing with illnesses of the chest but not so good at dealing with unknown ailments. And the servant was correct, Miss Elizabeth’s color did greatly match the sheets she was lying upon. Mr. Darcy backed away from the doorway and turned back the way he came. He rushed down the servant’s staircase as fast and as quietly as he could, nearly running over the same servant that had led him upstairs.

“Pardon me. I have a task for you. Let us exit the staircase into the hallway first.” In the light of the hallway the maid looked wary.

“I fear for Miss Elizabeth. Make sure she drinks tea often. Keep the liquids in her. Hold her up and pour it in her mouth if you must. Do you understand?” The maid nodded her head slightly.

“I need to do my own chores though, Sir.” Mr. Darcy understood that. He could not send one of his own servants over here to take care of Elizabeth, though. It would be an insult to the Bennets.

“I will let Mr. Bennet know that I have commandeered you for this task. You may do your own chores but check in on Miss Elizabeth and feed her tea four times an hour. I am paying you for this service as I know it is extra work for you.” Mr. Darcy placed several coins in the maid’s hands. Much more than the maid had expected and also more than Mr. Darcy had intended. He was so overcome with fear and the urgent need to get a competent physician, that he was almost out of his mind.

“Thank you very much, Sir. I will do a right good job, I will. I be going to the kitchen right now to get tea.” The servant rushed off to the kitchen and Darcy had one last errand to do before he could race off to London.

Mr. Darcy made his way to the back of the house where he was sure Mr. Bennet was in his library. He had overstepped the boundaries of propriety so much already, yet he felt uneasy about announcing himself to Mr. Bennet in his very own library. Thankfully, a servant came down the hall.

“Could you announce me to Mr. Bennet, please.” The servant nodded and led the way.

“Mr. Darcy to see you, Sir.” The servant bowed and left. Mr. Darcy walked in the library, finding it a smallish room yet filled with books. A nice fire was roaring in the fireplace. Mr. Bennet looked very comfortable in his padded chair before he stood up to bow to Mr. Darcy.

“I am sorry to barge in here like this Mr. Bennet, but I fear for Miss Elizabeth’s health.”

“As am I. The apothecary is here now doing what he can.” Mr. Darcy ground his teeth and took a long slow breath in through his nose. It would do no good to unleash his fury upon Mr. Bennet. He needed to conserve his energy for the long and fast ride to London.

“I fear the country apothecary may not be what is needed in this situation. Has Mr. Jones identified the nature of her ailment?” Mr. Bennet put his hands behind his back and shook his head.

“I am unsure what training Mr. Jones has had to be honest. He is quite useful for coughs and setting bones, but this mysterious illness that has its grasp upon my Lizzy seems to be too much. I am at a loss as for what else I can do though.” Mr. Darcy felt some empathy for Mr. Bennet. There was much that a man with means could do that a man like Mr. Bennet could not.

“Fear not. I am on my way to London to bring back an esteemed physician I know. I have commandeered one of your servants to keep Miss Elizabeth in tea. I am sure liquids are vital to her cure. I do not agree with the apothecary that bleeding her via leeches is necessary.” Mr. Bennet nodded.

“Yes, quite. It is contrary to common sense.” And that was all Mr. Bennet said. He looked as despondent as anyone could be without mourning the loss of a loved one. Though he was probably on the verge of losing the second eldest, Miss Elizabeth.

“Stay strong, good man. I am off and will be back within ten hours with a physician from London.”