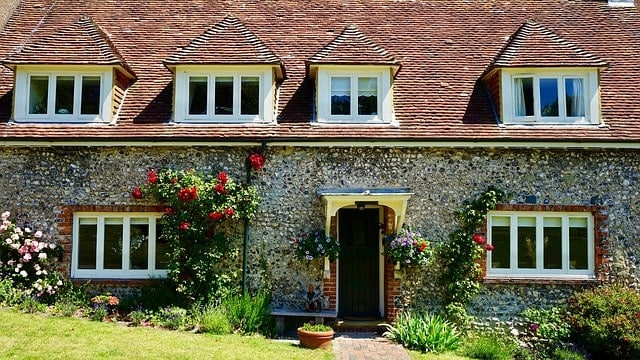 As Mr. Bingley and Jane walked past the little copse of trees, with the hidden table and chairs inside, Jane wondered at what was discussed between Elizabeth and Lady Catherine de Bourgh. If she was not mistaken, Elizabeth’s illness started that very same day. How odd.

“You are quiet my beloved. Do not worry. Mr. Darcy will bring back a most qualified physician before you know it. When he sets his mind to something, nothing will stop him.”

“I am very worried. This ailment is so unlike Elizabeth. She has always been the healthiest of us all. She is active, full of laughter and life. It was such a shock to see her so still and pale.” Mr. Bingley placed his hand upon Miss Bennet’s arm.

“Have you been able to spend much time with Miss Elizabeth? I imagine it must be difficult with servants running in and out and with the apothecary there.” Jane shook her head.

“Mrs. Bennet does not want us to spend any time with Elizabeth.” Jane looked down as she said the latter part of the sentence. Therefore she was spared seeing Mr. Bingley’s look of shock and horror. “She was worried you see, that we will come down with the same ailment.” Jane teared up again, scared for her most beloved sister. Mr. Bingley stopped walking and Jane stopped with them.

“My dearest Jane! You have not been allowed to sit with your sister? I-” Mr. Bingley shut his mouth, dare he say something he might later regret. He had not been as severe regarding Mrs. Bennet as his sisters and Mr. Darcy, yet now he felt like joining in with them. This was deplorable behavior indeed.

“Let us go back to the house now. You can sneak upstairs and spend time with Miss Elizabeth and do your Christian duty. I will come back in time for dinner and Mrs. Bennet will be none the wiser.” Jane looked up at Mr. Bingley with such adoration and happiness that he swore again he was the luckiest man in the world.

“Now, let us not tell Mrs. Bennet about this. It would only do to stress her more and her nerves are giving her too much stress already.” Mr. Bennet turned around with raised eyebrows to Jane. She struggled to give him a little smile. She was not thinking so kindly upon her father at the moment. Elizabeth was lying in her bedchamber in very poor state and this was the first time Mr. Bennet had deigned to visit her. Jane knew that if it was her child, nothing could have kept her away.

Mr. Bennet wrinkled his nose as he stood outside Elizabeth’s bedchamber. “I imagine the apothecary wanted the windows closed and the fireplace roaring to sweat the illness out?”

Jane tried to look cheerful for Elizabeth but it was hard. Elizabeth was lying in bed with a sickly, deathly white  pallor covered with sweat. Jane rushed over to her side. Spying a washcloth and a bowl of water, Jane pressed a wet washcloth upon Elizabeth’s brow.

“Oh, thank you. It is too hot. I can scarce breathe. Please, let fresh air in.” Mr. Bennet looked unsure. He was warring within himself as to whether the apothecary was a quack or whether he might actually know what he was doing in this situation. But he hated to see his favorite daughter in distress, so Mr. Bennet threw open the windows.

He did not dare call for a servant, as he did not want Mrs. Bennet to know that he and Jane were visiting Elizabeth. They had all become experts at sneaking around Mrs. Bennet so as to lesson the number of screeching diatribes they had to endure.

“Do you feel the fresh air, Lizzy?” Jane leaned over Elizabeth wiping the cool water all over her sister’s face and neck. It helped Elizabeth’s spirits greatly to know that her favorite sister and father were visiting. She had been so alone, struggling through the horrible pains and illness by herself. She had sworn she was in the process of dying so many times. And she still might.

“I feel the cool water. Thank you Jane. I am grateful for you.” Jane glanced at the roaring fire in the fireplace and then at her father. Mr. Bennet grabbed the poker and knocked the logs apart, stamping on them to put out the fire. He did not want to throw water on them as that would create too much smoke. Plus water would make the logs unusable for several days.

“How are you doing Lizzy, truly?” Elizabeth smiled wanly at her sister. Her pains had dulled, but she was not sure if that was due to her coming out of the illness or if she was so used to the pain that they did not register anymore.

Lying in bed thinking herself close to death had given her ample time to think about what she would miss most. She would miss her dear sister Jane, her father, Mr. and Mrs. Gardiner, her sisters of course, as well as someone else whose image featured very prominently in her mind. Mr. Darcy.

She longed to tell him how wrong she was. How embarrassed she was of how she had treated him back at Rosings when he had proposed to her. She had been so proud, so prejudiced against him and yet she was so in the wrong. It was not Mr. Darcy who had behaved horribly, it was Mr. Wickham. She was embarrassed and wished she could set things straight, yet she feared there was no time left.

“My dearest Lizzy, I fear I have been remiss as a father. I must make amends to all of my daughters, but to you especially. You had a great insight of mind to warn me about Lydia going off to Brighton.” Elizabeth smiled. Her lips cracking with the effort.

“Lizzy, let me lift you up and I will feed you tea.” Jane propped Elizabeth up on more pillows and slowly fed her tea. She blinked away her tears as she saw how weak Lizzy was. It was not fair, not fair at all that Lizzy should be lying here in bed nearly at death’s door and Lydia who caused so many problems was enjoying life with her new husband up north.

“I have something that might cheer you up, my dearest Lizzy. I have a bit of a folly for you to listen to. You will be most amused as I was.” Mr. Bennet pulled a letter out of his pocket and unfolded it. Mr. Bennet waggled his eyebrows and smiled at Elizabeth. She smiled with great effort as she knew how hard Mr. Bennet was trying to make her feel better. She loved her father even with all his faults and blindness towards Mrs. Bennet.

“Yes Lizzy, Mr. Collins sent felicitations regarding your upcoming vows with someone that you will never guess who he is. To the esteemed Mr. Darcy!  Are you not diverted?” Elizabeth smiled at her father, yet she was completely confused. Mr. Collins wrote that she was engaged to Mr. Darcy? How absurd! She had not even spoken to him since Pemberley, when Lydia had behaved so rashly throwing the whole family into despair. It had also ruined any hope she had of Mr. Darcy renewing his proposal to her.  What could Mr. Collins gain from spreading such a falsity?

“Mr. Collins goes on to warn me, yes to warn us indeed, that Mr. Darcy’s aunt, the eminent Lady Catherine de Bourgh, does not look so fondly upon this love match. Are you not finding this entertaining?” Elizabeth was at a loss as to how Mr. Collins came up with the idea that Mr. Darcy and Elizabeth were engaged.

“It is so very strange.” Mr. Bennet nodded at her utterance.

“Yes, yes indeed. But is not Mr. Collins known for that? Could he have pitched the idea with any other man in the circle of our acquaintance, that we would know it was a falsehood? Mr. Darcy, who never looks at any woman but to see a blemish, and who probably never looked at you in his life! It is admirable!”

Elizabeth forced a wane smile. She was of gratitude towards her father for trying to uplift her spirits with Mr. Collins’ letter. Elizabeth always shared her father’s amusement whenever one of Mr. Collins missives came. Except this time, as she was the subject of the letter, and she desired so much that the content of the letter were true.

“If Mr. Collins had uttered any other man at all, I might have had to take this into consideration. But since he mentioned the one man that you would never accept, the man whose pride and an indifference toward you coupled with your own dislike of him, makes this missive quite diverting. I shall never give up my correspondence with Mr. Collins. It is the highlight of my days to receive a letter from him.”

Elizabeth was torn. How could she tell her father that her feelings towards Mr. Darcy had undergone such a drastic change? Would he believe her? But what did it matter, as she had not even talked to Mr. Darcy since she saw him last at his own home, Pemberley.

She looked down at her chest, her pale chest covered with sweat and then up at Jane. Jane brushed her forehead with cool water again and Elizabeth smiled. At least Jane has Mr. Bingley. At least Lydia did not ruin that. If I may not have my happiness with Mr. Darcy, at least Jane has hers.

“What did Lady Catherine de Bourgh discuss during her visit a few days past? Was it to not give you permission to marry her nephew? Was it to warn you away from Mr. Darcy?” Mr. Bennet laughed, causing more pain to Elizabeth. Elizabeth, forced to conceal her private thoughts and feelings, smiled at Mr. Bennet as if amused. Elizabeth had to laugh when she would rather cry.

2 thoughts on “Chapter 7 of Pride and Prejudice and Poison”