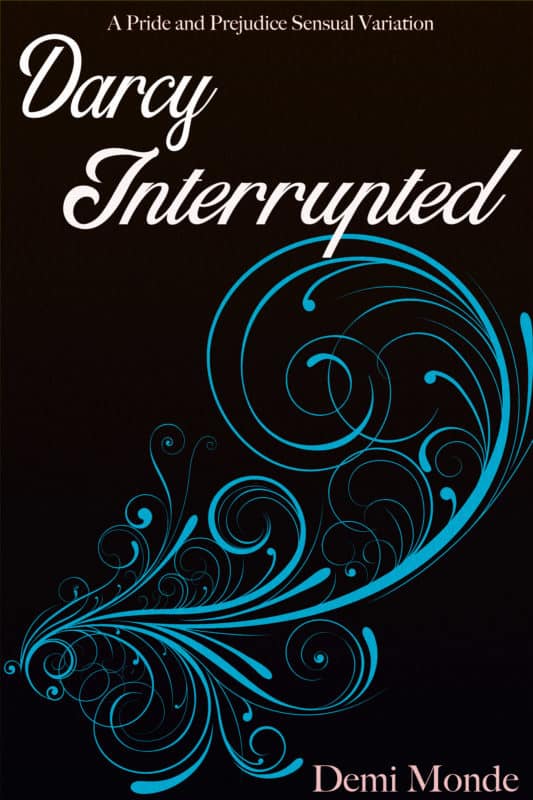 Mr. Darcy and Elizabeth’s wedding night interrupted…
The newly married Elizabeth and Mr. Darcy arrive at Pemberley ready to enjoy the benefits of marriage… especially the one benefit they’d yet to savor.
Their hopes are deflated, among other things, when his aunt Lady Catherine de Bourgh makes an unexpected and unwanted visit.
Darcy Interrupted is a 13,000 word steamy, sensual and intimate Pride and Prejudice retelling short story.

Elizabeth grabbed Mr. Darcy’s hand as they rounded the corner of the long drive and Pemberley finally came into view. She inhaled and squeezed his hand so hard that it must have hurt. The building and the estate were still stunning, just as magnificent as the first time she had seen it with her aunt and uncle that fateful day.

“Do you still approve?”

She heard a note of humor in his question. It was nearly the same question he had asked the last and only other time she had been at Pemberley. Elizabeth dragged her eyes away from the view and focused on her husband.

“Yes.” Words were not enough to convey all she felt at seeing that grand estate, sitting next to the man she loved, the man who owned that house and had driven her to distraction these last three days of travel.

Mr. Darcy’s lips turned up at the corners, and his gaze changed from happiness to a deeper and more primal emotion. Elizabeth licked her lips at the desire she saw in his eyes. They had teased each other mercilessly on this trip. He had to teach her how to tease, which she had learned at a rapid pace. Both had wanted to wait until they reached Pemberley to consummate their marriage.

And now that they were here…

Mr. Darcy pulled her hand towards him, holding her on his lap as she fell on him. Elizabeth did not even wait to situate herself before she reached for his curly hair, squeezed a handful and put her mouth on his. One of his large hands was on her back, the other squeezing her rump. His hot mouth, inquisitive tongue, and groans drove her wild.

During the trip to Derbyshire, she had learned all sorts of new things about her husband, most of all what drove him wild. She learned about herself as well and what she enjoyed, though he promised her there was more, much more to learn. They had had to redirect their attention from consummating the marriage in the carriage and so to distract themselves, they had talked of what they knew and loved.

Elizabeth blushed at the noise she had just made. She could not help it: his hand was on her left breast, kneading it. She moved her rump to have a better angle to kiss and run her hands down his face. Mr. Darcy’s long groan nearly had her stop, but he had taught her in the last few days that it was not a groan of pain, but of exquisite pleasure.

“Oh my love, you will have me unfit to meet the staff.”

The breathy statement against her neck penetrated her fevered mind, and she stopped her kisses, then sat up.

Mr. Darcy stared at her heavy lidded, eyes glazed, mouth agape and breathing heavily. Her bosom rapidly rose and fell with her breaths, drawing her husband’s gaze. She blushed again with the widest smile. The quite proper Mr. Darcy had come completely undone with her kiss. This must be what a hunter feels like bagging the biggest bird, she thought.

“You seem quite proud of yourself, Mrs. Darcy.”

She chuckled and put her hands on his shoulders again. “I am. The great, proud, proper Mr. Darcy has come undone by a simple kiss.”

He rose his eyebrows and scoffed. “That was no simple kiss. You were touching me and making the most divine noises of pleasure.”

Elizabeth raised her hands, intending to cover her face, but he caught them in his grasp and did not let go. “You have nothing to be embarrassed about. I am very happy to hear those noises. To have you squirming in my lap, driven wild by my kisses.”

Elizabeth arched an eyebrow. “Your kisses? Why sir, I believe you stated it was my kisses that drove you undone?”

Mr. Darcy chucked and then froze as the carriage stopped. Elizabeth raised her head in horror. They were at the front steps of Pemberley, and she was astride Mr. Darcy like a wanton lightskirt.

He picked her up and set her next to him, and they both proceeded to straighten their clothes, run hands over their hair, and do whatever they could to make themselves presentable. It would not do for the new mistress of Pemberley to meet the staff looking like she had been nearly ravished in the carriage. Even if she had.

Mr. Darcy could not keep the small smile off his countenance as he adjusted his vest, coat, and cravat. Elizabeth, his wife, was no cold fish. She melted at his touch, could not get enough of his kisses. He grinned and wished he could show off his wife to everyone and crow that he had found the best woman, intelligent, kind, and best of all, she craved his touch.

He glanced at Elizabeth, who was patting her hair back into place. It was obvious that they were not perfectly presentable, but perhaps the servants would attribute that to being in the carriage all day. If not, well… he did not mind if they thought Mr. and Mrs. Darcy had a happy marriage.

His grin grew even bigger, and he opened the door to the carriage. The footman was still there, having knocked several minutes before. The lad was a good servant, though, and kept his face blank.

Mr. Darcy turned back, offering his hand to Elizabeth. She held onto his hand as she stepped down from the carriage and saw the grand estate not as a day visitor but as the mistress. She inhaled and looked up, then left to right as her eyes widened. The number of servants at Pemberley was prodigious. An estate this size needed many servants, and all were lined up in two rows from the carriage to the steps.

He felt so proud of his wife and of the wonderful greeting that he almost burst. From despairing to ever find a woman, to finding and losing her, to winning her back and marrying her—his emotions were threatening to overcome him. He would need a stiff drink, or he would probably cry from joy.

Mr. Darcy escorted Elizabeth down the lines of servants. She said something nice and smiled at every servant, and there were a large number. By the end of the second line he could tell she was tiring, as her smile was forced and she was fidgeting often.

“Mrs. Reynolds, could you have a bath drawn for my wife and myself and brought to our rooms? I am sure Mrs. Darcy would like to rest and wash off the day’s travel.”

Elizabeth turned towards him with love in her eyes and a smile. He grinned again at her, unable to stop smiling. He could not imagine ever not smiling now that he had his love at his home. She squeezed his arm, then they both walked up the steps to enter Pemberley, but he stopped Elizabeth and turned back, ignoring her quizzical gaze.

“Mr. Jameson, could you hold open the door? I shall be unable to do so.”

He turned back to his love with a grin and then smirked at her furrowed brow and open mouth, probably to ask why he would be unable to open a door. He bent his knees and swooped her in his arms and stood ready to cross the threshold with his bride.

Elizabeth laughed with her arms around his neck. He beamed so wide his cheeks hurt and stepped across the threshold of Pemberley as the servants cheered and whooped. He was finally home with Elizabeth. 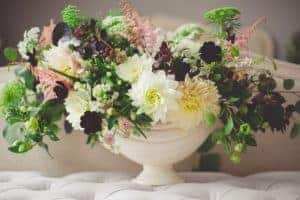 This will be a short steamy one! Elizabeth squeezed Mr. Darcy’s hand as they rounded the corner of the long drive and Pemberley finally came into view. She inhaled and squeezed his hand so hard that it must have hurt. The building, the estate was still stunning. Just as magnificent as the first time she had seen it with her aunt and uncle that fateful day. “Do you still approve?” She heard a note of 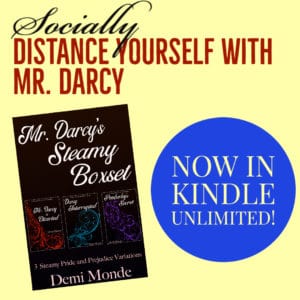