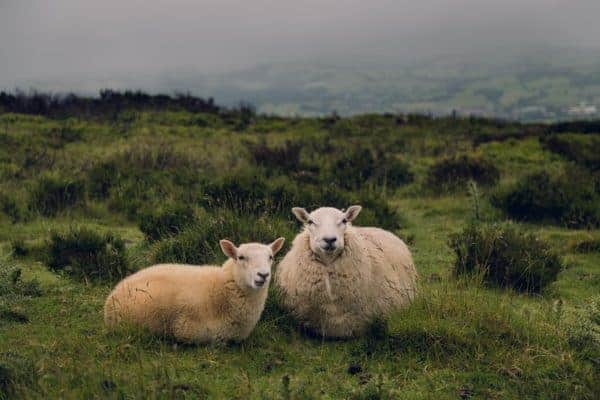 Mr. Bingley sat in the plush leather wing chair in front of a large figured mahogany partner’s desk in Mr. Darcy’s study.  He had nearly dropped his glass of Madeira when Mr. Darcy confessed his part in keeping Mr. Bingley apart from his beloved Jane.

Mr. Bingley stood. “You mean to tell me that Jane was in town for months and you hid it from me?”

Mr. Darcy stood as well but the floor lamp behind him along with the short desk lamp threw his countenance in shadow. “I apologize, Charles. At the time I thought it was best.”

Mr. Bingley could not detect remorse on his friend’s countenance. Was it there but not easily seen due to the shadows? “She visited my sisters, and I was completely unaware of this?”

Mr. Darcy sat down in his own leather wing chair behind the desk.  Mr. Bingley could see that his friend was remorseful. “She did. We, your sisters and I, thought we were doing what was best for you, Charles. I have come to understand that we were completely off the mark regarding Jane’s feelings for you. She did care for you, very much.”

Mr. Bingley was torn. He wanted to berate his best friend for interfering with the love of his life and yet he wanted to know more about what Jane thought of him. “You mean to say she likes me? You know this for sure?”

Mr. Darcy nodded. “She cared a great deal for you. I was told she was sad for a very long time after you left Netherfield.”

Mr. Bingley beamed. “So you do not mind then if I go back to Hertfordshire and call upon Jane? Ask permission to make her my wife?”

Mr. Darcy looked at his friend with a small smile. “Do you need my permission?”

The friends drank to Mr. Bingley’s love. He quickly left to give instructions that they were to leave as soon as possible to return to Hertfordshire.

Mr. Darcy downed the rest of the Madeira in his glass and studied it. Would Elizabeth feel the same towards him as she had at Lambton and Pemberley?  Would he be able to show her that he was a changed man?

Since the Gardiners had not seen Jane or Elizabeth for since Mr. Bennet’s funeral, the Gardiners asked the girls not to be so hasty to find employment. They wanted to visit with their nieces before they started a life of employment which would have taken them away from the Gardiners, possibly permanently.

After a few days Mrs. Gardiner needed to help Mr. Gardiner with their import, export business. With the Gardiner children occupied by Jane and Elizabeth, that left Mrs. Gardiner much time to address correspondence, do the sums and other paperwork that took Mr. Gardiner away from the important part of the business. Not having to devote hours to paperwork freed up Mr. Gardiner to find buyers much quicker.  It was such a boost to their business that the Gardiners conferred upon the matter and decided to ask Jane to be employed as their governess.  It was not a position they had thought they could afford, but after several days of increased profits and first chances at buying newly imported wares at low cost, they decided it was well worth the expense.

Their choice of Jane was an easy one because the children loved her and it was obvious Jane loved children. They did not want Elizabeth to feel slighted however at having to leave to find employment. Mr. and Mrs. Gardiner conveyed their thoughts regarding Jane’s employment to Elizabeth, in Mr. Gardiner’s office first. Elizabeth did not feel slighted and instead was relieved and grateful that Jane would not have to work with strangers. Jane she felt, was too hasty to see the good in everyone, and too gentle to work. The Gardiners were relieved at having no hard feelings, but they had not expected any from Elizabeth to tell the truth.

Jane was excited at staying with the Gardiners and employed as the children’s governess. “But, Elizabeth? She will have to seek employment alone?” Jane frowned and looked at Elizabeth.

“Do not mind me, Jane. You know how much I like to explore and love an adventure. This is wonderful for you and the Gardiner children.  You can stay with the children that you adore and they have a governess that they adore!”

Jane still was not smiling. “But, Lizzy–“

Elizabeth brushed it aside. “Finding employment is just another adventure to me. You have to admit Jane, I am much more suited to it than you are.”

Jane blushed. “That I am a homebody? That I would much rather be at home than out of the house?”

Elizabeth squeezed Jane’s hand. “Exactly. That is why this is such a perfect solution for us. I will visit you often and write when I cannot.”

Mrs. Gardiner looked at Elizabeth. “Lizzy, I might caution you. Each family treats their governess differently. Some are treated as family members while others are servants. I do not know how much time you will have to yourself to write letters or even to visit us.”

“I will be fine, do not worry. I should go to the agency tomorrow and start my adventure.”  Elizabeth looked back to the Gardiners. “Now, shall we play charades again?”

Mr. Darcy regretted his decision to avoid Miss Bingley in the coach and ride his horse from town to Netherfield. The day had promised clear skies and easy travel but what had looked nice from inside one’s townhouse differed exceedingly when one was cantering in the brisk air.

Mr. Darcy held the reins with one hand as he pulled up his scarf to cover his nose.  He refused to call defeat though and ride inside the coach. He would rather ride the comfortable canter of his well-bred horse than suffer the complaints from Miss Bingley regarding their return to Hertfordshire. He had already heard enough about it in town to challenge the control over his emotions.

The pounding of the horse’s hooves and rattling of the carriage had lulled him into a comfortable state. Mr. Darcy allowed his mind to wander to what awaited him at Longbourn.  Word had to have reached the Bennets by now that Netherfield was opening again. Would Elizabeth be glad to see him?  Would she see that he was still a changed man from the one that had so horribly offered for her hand in the Hunsford parsonage so long ago?

Mr. Darcy cringed in his saddle, accidentally causing his horse to side step in confusion.  He straightened his horse out and the steady canter resumed.

If he could completely block that memory out of his mind and Elizabeth’s, he would do so. He hoped she did not think of that scene or she would never accept his offer of marriage.

He had not told Mr. Bingley that was what he had planned to do. Jane was not the only Bennet girl that would be engaged soon. He would have to ask Mr. Bennet’s blessing which would be an ordeal from what he knew of Mr. Bennet’s personality, but at least he would not have to speak to Mrs. Bennet. He would only have to endure her behavior after they became engaged. Pemberley was a fair distance from Meryton, which was in his favor.

He reined himself back in from running wild in the assumption that Elizabeth’s agreement was a fait accompli.  He would never assume that he knew Elizabeth’s mind. No, he had learned that lesson.

Mr. Darcy held the reins in his left hand again as he tucked the back of his scarf into his coat. Anyone that passed them on the road must think two gentlemen riding outside a perfectly sound carriage to be complete nabobs.  He knew Mr. Bingley was too anxious over seeing Jane again to sit still.

Mr. Darcy was anxious to see Elizabeth as well, but his main concern was to avoid Miss Bingley’s hints of becoming the next Mrs. Darcy. She had grown even bolder since their arrival in town so many months ago.

Mr. Darcy smiled underneath his scratchy scarf as soon he would not have to fend off Miss Bingley anymore because he and Elizabeth would be engaged.