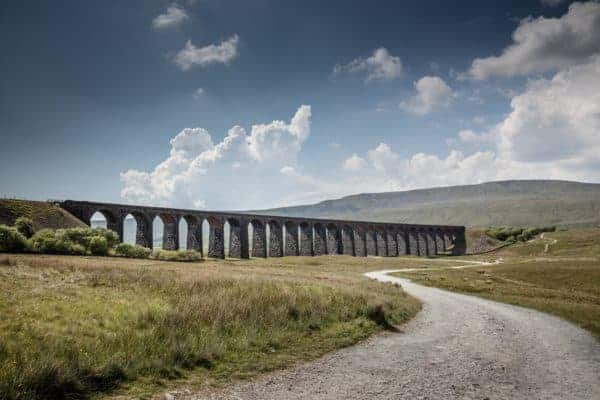 The trip to town did not seem to take much time at all as Jane and Elizabeth conversed along the way. They were able to hear each other since they sat close on the same bench.  Otherwise the noise of the horse’s hooves and rattling of carriage wheels would have prevented any conversation.

As the carriage moved farther away from Longbourn, Elizabeth noticed that Jane looked forlornly out the window more than she spoke.  “Jane, are you unwell?”

Jane did not turn from the window. “I am tired.”

Elizabeth inspected Jane closely. The never ending noise of travel did tend to put one to sleep, but Elizabeth did not think that was the cause of Jane’s morose countenance. “You look more sad than tired. I know it is hard to have left Hertfordshire to seek employment in town to survive.”

Jane looked up at Elizabeth with a wan smile. “To survive? Elizabeth, you have a flair for the dramatic.”

Elizabeth grinned. “Well tell me then, Jane? I will continue to guess and throw out even more dramatic suppositions unless you tell.”

Jane sat up from where she had leaned against the side of the coach. “Now that I have left Longbourn and Meryton, there is no way for Mr. Bingley to find me.”

Elizabeth’s countenance fell and her heart broke for Jane. If he ever came back to Netherfield, which she doubted, Mr. Bingley would find Longbourn occupied by the Collins. They could only tell Mr. Bingley that Jane had moved to relatives in London and there the trail to Jane would end.   It was a long shot that Mr. Bingley would follow up or even remember Jane.

Elizabeth looked down at her hands and knew that was not true. When she had met Mr. Bingley in Lambton with Mr. Darcy, it was quite obvious Mr. Bingley missed Jane as he had known the exact date of when he had last seen her. If only Mr. Darcy and the Bingley sisters had not interfered.  Or that Lydia had not run away with Wickham and ruined her own hopes with Mr. Darcy.

Elizabeth squeezed Jane’s hand. “I am sure there will be many fine men in town that you will meet. We will have adventures with many things to see and do. Maybe we will even get a chance to go to Vauxhall.”

Jane looked up at Elizabeth with a smile. “Vauxhall? You know the Gardiners would never let us go there.”

“That does not mean a beau will not take us there.”

Jane grinned then turned back to look out the carriage window as slowly her grin faded.

Elizabeth eyed her sister with concern. She had thought Jane had recovered from Mr. Bingley’s departure and avoidance of her in London, but that was obviously not the case.  Elizabeth bit her bottom lip. She knew that Mr. Bingley still cared for Jane, at least he had when they were in Lambton. Could he have changed his mind, to avoid the family touched by scandal such as Mr. Darcy had done?

She flushed at the temperance of the haste with which Mr. Darcy had left her at the Lambton Inn once he found out the news of Lydia and Wickham’s actions. He could not have left any faster.  It was obvious he had wanted nothing more to do with her. Elizabeth was surprised to see a tear drop onto her gloved hand. She quickly rubbed it off and dried her face.

Well, it was no use thinking about events that could not be undone.  They were on their way to town to be governesses and that is what she would focus on. “How much time away from their charges do you think governesses receive?”

Jane looked back at Elizabeth. “I do not know. I would imagine they would receive a few hours every day as they live with the family.”

“I wonder if we will be able to attend balls or dinner parties hosted by the family?”

Jane frowned. “I do not know. We will be employed in their family, not a guest.”

“I remember Charlotte mentioned once that her cousin was a governess in town.  She had attended every dinner party or musicale her family hosted.” Elizabeth looked at Jane with a smile. “I do hope we will be employed with kind families that allow us to attend their events.”

Jane smiled at Elizabeth. “You can not be kept from dancing if it is anywhere in the region.”

Elizabeth laughed. “You are so right, Jane. I will sneak out and attend every ball and party then sneak back into my bed right before I begin my duties as a governess.”

“Your charges will learn all the steps to the latest dances!”

Elizabeth laughed. “At least they will not learn to sing from me!”

“I think you meant perfectly ill.”

Both laughed and conversed the last stretch of the trip into town with heightened moods.

They were greeted warmly by the Gardiners as they entered their house.  Hugs from their aunt and uncle and shy smiles from the children. Soon though Jane had the shy smiles turned to chatter as the children gathered around and told her all about the new things in their lives. Jane had a natural way with children and they gravitated toward her as if she was handing out sweets. The chatter of all the children trying to catch Jane’s attention grew in fervor.

Elizabeth looked into the drawing room and smiled. “Jane will have no problem finding employment as a governess. Children love her.”

Mrs. Gardiner turned back to Elizabeth. “And what of you? You will seek employment as a governess as well?”

“I must. I do not know of any other occupation open to me other than a governess.” Elizabeth smiled. “I could teach pianoforte and singing lessons but I fear no one would keep me employed for long.”

“I know you jest, Lizzy, but I must caution you to not to denigrate yourself when you interview.”

Elizabeth looked at the worried countenance of her favorite aunt. “You may reassure yourself aunt, that I will behave perfectly respectable when I interview.”

Mrs. Gardiner smiled and then led the way into the drawing room.

“So, my favorite nieces,” said Mr. Gardiner “you have decided to become employed as governesses?”

Jane nodded with one of the Gardiner children on her lap. “We must. There is not enough money for our family to live in a small house, or enough room for all of us to live with the Phillips in Meryton. Lizzy and I are the eldest and we are… well…”

“The most employable of the family.” Said Mr. Gardiner.

Elizabeth flattened her lips and did not say anything because her uncle was correct. Mary did not have the temperament or skills to teach the pianoforte or singing. She could have tried to find employment as a governess but Elizabeth was sure neither the children nor Mary would have found it acceptable. Kitty was too young and did not have the maturity to be a governess as she was quite young herself. No, Jane and Elizabeth were the only ones that could venture to find employment.

Mr. Gardiner looked from Jane to Elizabeth while he tried not to frown. He was concerned for his nieces. They were well bred gentlewomen and should not have to look for employment. He had thought his brother-in-law had been a smarter man than to not leave enough money for his wife and five daughters knowing the estate was entailed after his death.

Mr. Gardiner sighed. “How will you proceed to find a governess position? Do you know any families that need one?”

Elizabeth bit her lip and looked at Jane. Jane was employed at the moment admiring a book one of the Gardiner children had given her. Elizabeth looked back at Mr. Gardiner. “I do not know other than there is an agency the finds governesses for families?”

“There is an agency in town.” said Mrs. Gardiner “They interview the women that apply and match them with available governess positions. I believe they also find companions for elderly ladies.”

Elizabeth glanced over to see Jane reading a book to the enthralled Gardiner children.

“That will make finding employment easier than I had feared.” Elizabeth smiled at Mrs. Gardiner. “Is there a trial period such as with servants? Do the governesses and companions live with the family?”

Mrs. Gardiner answered. “I believe they do live with the family in most cases. You will not be able to get a position, I do not believe,” Mrs. Gardiner looked at Mr. Gardiner, “without a reference. We will gladly write you a reference for how you have been with our children.”

“Is that allowed? Since you are related to us?” Asked Elizabeth.

“Our last names are not the same. If they ask, you would have to answer but if they do not ask then it does not matter.” Elizabeth smiled at Mr. Gardiner’s answer.