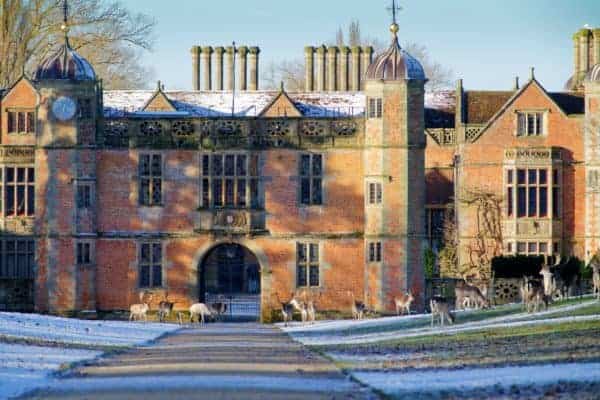 This is my latest story! I hope you enjoy it. I'm calling it the Cinderella story.

Elizabeth walked to the dresser she and Jane shared. She heard the familiar creaking of the floorboard in the room’s middle as she stepped on it. Jane had the top two drawers and Elizabeth the bottom two. The drawer closest to the floor never slid out smoothly but would catch on the left side. Elizabeth jerked it for the last time and pulled it out.

She gathered all her dresses into her arms and then turned to put them in the large trunk on the floor. As she pushed the clothes down the scent of lavender permeated the air. Elizabeth smiled as she remembered when she picked the lavender last summer and dried it. She put it in her drawers to scent her clothes. Elizabeth sighed. She would miss her lavender bushes, the plant drying room, the grounds of Longbourn. She knew all the paths, the hiding spots of birds, foxes and deer. Who would check on the next generation of hedgehogs? Elizabeth would have to tell Charlotte where to look for them.

A creak in the hallway alerted Elizabeth to someone approaching her room. She turned to find Charlotte standing just outside the door.

“How are you faring, Lizzy?” Charlotte walked into the room, scuffing her shoes on the floor. There were no rugs in the room anymore to silence the sound of shoes.

Elizabeth smiled at her good friend. “I am doing well, Charlotte.”

Charlotte glanced down at Elizabeth’s filled trunk and then around the room. “There is not much left for you to pack, is there?”

Elizabeth looked closer at her friend and saw Charlotte wringing her hands, the tightened corners of her mouth. Elizabeth held out her hands to Charlotte.  “There is not. You seem anxious, Charlotte? Is anything the matter?”

“I do wish you would stay, Lizzy.” Charlotte held onto Elizabeth’s hands like a lifeline. “Living in Meryton without you does not seem right. You know Mr. Collins and I would not mind at all if you stayed at Longbourn. As a matter of fact, I would enjoy our close friendship greatly.”

“Oh Charlotte, you know a newlywed’s home is no place for a family of relatives to stay.” Elizabeth grinned at her friend. She knew how hard it would be for Charlotte to say goodbye this day, but it had to be done. They could not stay at Longbourn forever, not with the Collins’ family growing at some point.

Charlotte tilted the corner of her lips up. “Be that as it may, Longbourn is much too big for just the two of us. And Mr. Collins is often gone in the fields and walking about town. I fear he does not have as much to do here as he did at Hunsford. I would greatly love it if you could stay, Lizzy.”

Elizabeth squeezed Charlotte’s hands. “I would love to do that Charlotte, but you know I cannot. It is not right for us to stay here in Longbourn any longer.” Charlotte opened her mouth but Elizabeth cut her off. “No, do not say anything. You have been most kind and generous letting us stay for several months after Papa died. It gave us time to find new places to live. We will never forget that.”

“Lizzy, you know it was the right thing to do. But do you all have to go? I can understand how difficult it is for your mother to live here but do you and Jane need to leave?  There is no need for you to leave and seek employment when you can stay here. Think of how that will affect your ability to marry well.”

Elizabeth grinned and looked away through the beam of sunlight flowing through the single window, out to the winter landscape outside.  She knew Charlotte was desperate now, but she would be fine. Her family lived not far, Meryton and all the landscape was familiar to her.  Elizabeth felt a pang of sadness, but she pushed it down again. She had to be strong and look forward with optimism.  There was no other course of action for them. Mr. Bennet had not left them enough money to live on, not to even rent a small house to keep the family together.  The Phillips did not have enough room for Jane and Elizabeth as well as the rest of the Bennets.  The eldest two had to leave.

“Well,” Elizabeth looked back at Charlotte with a smile “there is not much I can do about that, Charlotte. When a family of five girls is left with not enough money to live on there must be some way to make ends meet.”

“I am going to miss you greatly, Lizzy.”

Elizabeth beamed her friend. “I know. I shall miss you greatly as well.  But the longer we stayed the harder it would be for us to leave. No, it is better for us to leave now and make our way in the world.”

“And Jane is determined to go as well?”

Elizabeth nodded. “Yes, we are both going to my aunt and uncle, the Gardiners in town. We will stay there while we find employment as governesses. I am sure Jane will find employment with the very first family she interviews with. She really does love children. It is the perfect job for her. As for me well… ,” Elizabeth smiled “I just hope they do not expect me to teach them how to play the piano and sing.”

Charlotte smiled while Elizabeth laughed. Charlotte was worried for Elizabeth. She feared this was an error, an irrevocable step that could not be undone and would greatly diminish Elizabeth’s chances for finding a good husband, let alone any husband.

“I will write you often. Let me know where you will be staying.”

“I expect weekly letters. You can write to me at the Gardiners as they will always know where I am.” Elizabeth and Charlotte hugged tightly.

Servants carried the trunks from the upstairs bedrooms down the stairs and out the door to the waiting carriages. The clattering of servants going up and down the stairs made it hard to hear anyone speak. Mrs. Bennet yelled orders to the servants for the packing of the trunks in the carriage going to Meryton. She also gave orders as to the care of the belongings they could not take with them as to lack of room. Mr. and Mrs. Collins patiently listened even though they had heard it all before. They knew Mrs. Bennet was overcome with nerves at this final departure from Longbourn as a household member.

The last few months living with the Collins at Longbourn had gone better than Elizabeth had expected. Mrs. Bennet had moved to a smaller room as she could not, and did not want to, stay in the master bedroom. She had spent more time at the house of her sister in Meryton than at Longbourn during the last month, so the move was not the upheaval to her life that it could have been.  Kitty and Mary also accompanied their mother to Meryton on her trips. Kitty was glad to be away from the boring life at Longbourn and Mary was glad to be recognized as a proficient pianoforte player by the Phillips.

Elizabeth and Jane had enjoyed Charlotte’s kindness and shoulder those first weeks as they came to grips with the reality of living at Longbourn without Mr. Bennet. The trio enjoyed their time walking and conversing about many subjects. Elizabeth pointed out her favorite walking paths, known locations of certain animals and plants. It was easier to leave Longbourn knowing her friend would continue to watch over the plants and various animals she had fed.

Mrs. Bennet exclaimed at the uncaring superiors where Mr. Wickham was stationed. They did not give the Wickhams enough leave to travel from the far north to Meryton and stay for a sennight as Mrs. Bennet had wanted. Lydia would not travel by herself and Wickham did not want to come, so the Wickhams did not come at all.

The last of the trunks were loaded onto the carriages. The Bennets hugged as tears rolled down many faces.  Mr. Collins wished Jane and Elizabeth good fortune as he helped both into their carriage.  Elizabeth settled on the worn leather bench while the carriage moved as Jane climbed in.

“It will be a bumpy ride to town.” Elizabeth raised her eyebrows at Jane.

Jane shared a wide eyed look with Elizabeth. “I did not realize the Gardiner’s coach was sprung so badly.”

Both steeled themselves for a rough ride to town. As the carriage moved onwards the eldest Bennet girls waved to the Collins and the rest of their family. The clatter of hooves and wheels on the gravel made it impossible to hear anything that was said to them. But the girls waved and smiled until the coach moved past the row of hedges.

Elizabeth leaned back against the coach with a sigh. Now, she had plenty of time to think about the future and the past without anyone noticing. She looked at Jane who sat next to her and wished that somehow in some way Mr. Bingley would make his way back to Jane.

Elizabeth leaned back against the carriage and looked out the window at the passing countryside as she wistfully remembered the kindness and changed behavior of Mr. Darcy when she had seen him at Lambton and his fine estate Pemberley. She had been sure he was on the verge of offering for her again until the letters of Lydia’s actions had arrived and ruined everything.

A tear rolled down Elizabeth’s face. She wiped it away surreptitiously hoping that Jane had not seen her action. Elizabeth had put on a good front to everyone, including Jane, that nothing bothered her. But when she had time to herself, when no one was around, Elizabeth would remember the most perfect man, Mr. Darcy.

1 thought on “Chapter 1 of Love Unmasked”