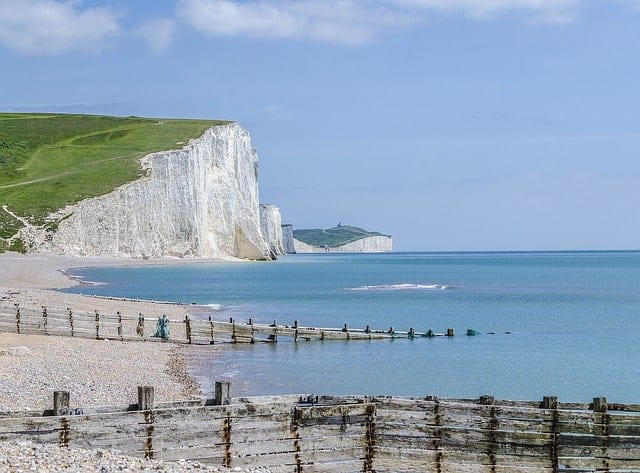 Elizabeth pondered the strange visit, walking on the grounds, through the trees just meandering as she turned the reason for Lady Catherine de Bourgh’s visit in her mind. How could she have gotten the strange idea that Mr. Darcy and her were engaged?  He asked her many months ago! She was quite clear in her refusal and honestly was still surprised that Mr. Darcy deigned to acknowledge her when their party visited Pemberley months ago.  Not only did he acknowledge Elizabeth, but he had asked to be introduced to her companions! Then he proceeded to act like the most civil, amiable, gentleman she had ever encountered.

But that was months ago, many months ago and she had not seen him since. Nor heard from him. And why would she, thanks to Lydia her family was in disgrace. It was only a miracle that Mr. Bingley had called on Jane and asked her to marry him. It was still so new that Elizabeth was worried one screech or simper from their mother would drive Mr. Bingley right away.

So how did Lady Catherine come to her conclusion?  A conclusion so strong in her mind and so insistent that she drove from her home at Rosings to Longbourn? Elizabeth recalled that Lady Catherine had said an alarming report had reached her. Would it have come from Mr. Darcy’s cousin, Colonel Fitzwilliam then? But no, that idea did not have merit. Colonel Fitzwilliam would never betray a secret like that, and a secret it would be considering how much Lady Catherine had riding on the arranged marriage of her daughter to Mr. Darcy.

Who else corresponded with Lady Catherine? Her head felt odd just then, woozy as if she had been in the sun for too long.  She shook her head, amazed at how much this visit affected her if she was a bit woozy from just walking in the trees.  She had best head back to the house now, much earlier than she ever had before. Suddenly the knowledge of who had possibly informed Lady Catherine of the ridiculous notion of her engagement to Mr. Darcy came to mind, Mr. Collins. He was an invariant gossip, and drew pleasure from providing on dit first to Lady Catherine de Bourgh, as if by becoming a source of early news he would endear himself further with her.

Mr. Collins, how yet he managed to insert himself into other’s affairs, such as hers. What ever could have given him the idea that Mr. Darcy had or was going to propose to her! Had he just now found out about Mr. Darcy’s proposal at Rosings? If so, why would he think it had just occurred?  Another sudden spell of dizziness overtook Elizabeth. This one was so grand that she reached out an arm to keep her balance. How contrary!  When her body had always been in the best of health, why choose now to suddenly come down with a cold? Elizabeth could only assume it was a cold from the stress of the visit and the colder weather, though she was dressed warmly.

She quickly made her way back to their house, aware of new pains, cramping in her midsection. The timing for her monthlies was off, for sure. It was too early for them to appear again. She had not thought stress could affect their schedule yet she did not have another theory.  Again severe cramping interrupted her thoughts. Uneasiness at her physical distress, as she was not one to suffer physical ills. Indeed she was the most healthy of the family. She retired to her bedroom when she would rather much be walking and working out her thoughts as she was wont to do. Elizabeth lay on her bed as more sharp pains wracked her midsection.

“Oh, I hope this distress over Lady Catherine’s visit resolves itself quickly. We have had enough misfortune to deal with. Let not stomach ailments afflict us also.”

Elizabeth thought that if Mr. Darcy had been wavering before, as to what he should do, which had often seemed likely, the advice and entreaty of so near a relation might settle every doubt, and determine him at once to be as happy, as dignity unblemished could make him. In that case he would return no more. Lady Catherine might see him in her way through town; and his engagement to Bingley of coming again to Netherfield must give way.

Sadness, an unusual visitor, settled through her. It’s arrival was timed with a fierce urge to cast up her accounts. “This visit and unpleasant words have bothered me much more than I had realized. Such a shame that I allow Lady Catherine to affect me so.”

“If,  an excuse for not keeping his promise, should come to Mr. Bingley’s friend within a few days,” she added, “I shall know how to understand it. I shall then give over every expectation, every wish of his constancy. If he is satisfied with only regretting me, when he might have obtained my affections and hand, I shall soon cease to regret him at all.”

Elizabeth’s thoughts were forced to turn from her affection of Mr. Darcy and anger at the interference of his aunt, to concern for her own well-being. Such pains and illness she had never suffered. Steady and severe cramping of her midsection along with detestable nausea and casting up of her accounts. Then the nearly uncontrollable bowel which came only with the worst of intestinal ailments. The only good to find in the situation was that it kept her mother from questioning her regarding Lady Catherine’s visit.  Yet, it kept everyone away for fear that they would also get ill.

The servants were busy throughout the night. Elizabeth could not keep anything down. Water, tea, hot cocoa to sooth the stomach. Nothing worked. Even seemingly having emptied her entire body, she was still forced to go through the motions as her body was controlled by this horrible malady. Her sheets were changed several times throughout the night. A foul taste was in her mouth. It reminded her of when she was a child and bit a coin.

The sharp pains and cramping of her midsection were not enough. Her arms and legs were also subject to severe cramping. It was as if she had ran a foot race of such distance, that every part of her body was rebelling.  Elizabeth bit the blankets to keep herself from screaming in pain. Sometime during the night, Hill rubbed her body with horse liniment, which was normally used for when the horses were overworked in the fields. She recognized the smell as she used to love to play near the stables when she was a child.

She was not sleeping nor awake due to exhaustion and constant cramping, as well as her body working to expel the contents of her body though nothing was left for it to work with. Everything occurred as if it was in a dream. She drifted, unable to sleep, unable to fully be aware. The pain was unending, all over her body. Sharp pains of cramping through her legs, her arms, her jaw. Sharp cramping in her midsection. She could no longer lift herself up when the maids needed to change her sheets.

“Mama! You cannot banish Lizzy to the servant’s floor!”

“I will not have her getting you ill, Jane. Not when you are engaged to Mr. Bingley. We need to keep you well.  Quick now, get back in your room and shut the door! We must preserve ourselves from Elizabeth’s disease!”

Jane was driven back downstairs by the maids. She stopped at the top of the staircase to glance back at her sister carried out of her bedroom. Elizabeth was wrapped in sheets, to be taken up to the servant’s floor.  A shudder wracked Jane’s body. The sight was too eerie and foreboding.  Her sister’s skin matched the color of the white bedsheets exactly. Her body wrapped in sheets as if it was prepared for burial.

Jane sobbed, tears running down her face as the maids pushed her around the corner to go down the stairs to the main floor for fear of Mr. Bingley’s intended catching whatever afflicted Elizabeth so severely.

1 thought on “Chapter 2 of Pride and Prejudice and Poison”