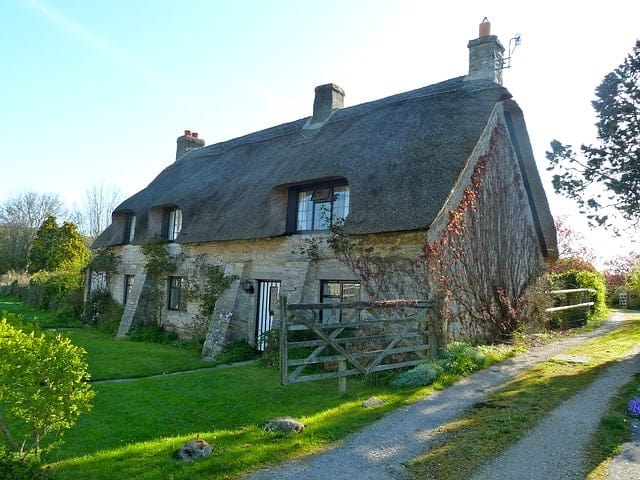 “Where is Lizzy? Hill, where is Lizzy? She has switched rooms with one of her sisters? I am not a doddering old fool unable to remember where his children’s bedrooms are?” Mr. Bennet smiled genially upon Hill. He did not visit his favorite daughter the day before, as with the maids running about, he figured it was best if he left that alone. It sounded like things had quieted down, so he was going to check in to see how Lizzy was doing. Perhaps discuss the current book he was reading.

“Pardon me sir, but Mrs. Bennet had Miss Elizabeth moved to the third floor.” The change in Mr. Bennet’s countenance was immediate.

“What? Moved up with the servants?” He was aghast, unable to speak for several seconds and greatly resembled a gaping fish. Hill grabbed the folds of her dress tighter, trembling with exhaustion from being up all night. All the maids were exhausted yet Mrs. Bennet gave none of them time off.

“My word. I will have to discuss this with Mrs. Bennet. I can’t wonder what would cause her to do such a thing.”

Hill was torn with indecision. Mrs. Bennet ran the servants and maids in the house so they had very little interaction with Mr. Bennet. However, Mr. Bennet was the head of the household. “Pardon me for saying Sir, but Mrs. Bennet did not want Miss Jane or the other girls to become afflicted with the illness Miss Elizabeth has.” Hill curtsied and left as quickly as her exhausted legs could carry her away from Mr. Bennet, whose face was turning a mottled shade of red.

He could not go on to the servants floor to check on Elizabeth. He was not one of those employers. However, he was not going to let Mrs. Bennet run the house on her own anymore. Not after the disastrous events with Lydia.  He was going to take more of an interest in the raising of his children, by God. Starting now with his dear Lizzy.

He found Mrs. Bennet holding court over the remaining girls in the drawing room. As usual, she was in a tizzy. “Oh such horrible luck! My poor nerves can’t take this! Just when we have Jane nearly settled with Mr. Bingley, Elizabeth manages to get herself ill. That girl! As if we don’t have enough to worry about keeping Mr. Bingley happy, what with all the servants running hither and thither taking care of Elizabeth! You would think she did this just for the attention now that her older sister Jane was engaged.”

“Mama! Elizabeth is dreadfully ill. You cannot imagine that she would wish this upon herself?”

“And why cannot I? She chose the most inopportune time. She will make you sick, she will get us all the sick, we will be in our deathbed and you will die and you will not have had married Mr. Bingley and then where will we all be when we are turned out of this house when Mr. Bennet dies and the Collins kick us out!”

Mr. Bennet had heard enough. “Mrs. Bennet.” He rarely sounded so severe. That coupled with his unannounced entrance caused all the occupants to jump. “I have just had a report of an alarming nature. Am I to understand that you moved Lizzy, who is ill, up to the servants quarters?”

That was enough for Mrs. Bennet to start again. “She has chosen the most dreadful moment to get ill. We must keep this quiet! It would keep Mr. Bingley away from Jane and you know those artful Lucas’s. I am sure they would snatch Mr. Bingley for Maria Lucas. We must keep Elizabeth’s affliction a secret so that Maria is not supplanted in Mr. Bingley’s eyes!” There was much widening of Mrs. Bennet’s eyes and waving of her handkerchief marking each point in her argument. It would have been better had she been looking at Mr. Bennet when she spoke. She would have noticed his countenance getting darker and darker.

“Mrs. Bennet. I have allowed too much freedom in the past. But that is changing. I will not have a child of mine hidden away in the servant’s quarters. Bring her back down to her bedroom at once. I aim to visit with her as soon as she is settled.” Mr. Bennet turned to his eldest daughter, the most levelheaded of all his daughters currently in the room.

“Jane, when did you last visit with Lizzy?” Jane sat with her face lowered facing the sampler on her lap. She warily lifted her eyes to her father. Warily for she knew the fit her mother would throw when Mr. Bennet had quit the room.

“I was not able to visit her, Sir.” Mr. Bennet looked severely upon his wife again. “And tell me, why were you not able to do the Christian duty of visiting your ill sister?”

Jane glanced at Mrs. Bennet and then back at Mr. Bennet. “Mama forbade it.”

“Indeed I did! Jane cannot afford to get whatever illness Elizabeth has managed to get. She has to stay perfectly well and healthy or mark my words, Mrs. Lucas is going to steal Mr. Bingley just like she stole Mr. Collins for her daughter Charlotte.”

“Mrs. Bennet, Lizzy is to be moved to her bedroom immediately. What has the apothecary said regarding Lizzy’s health?” Mr. Bennet looked at Jane and then Mrs. Bennet. As both were looking away from him, it dawned on him that the surgeon had not even been contacted. “What’s this? Have you not contacted Mr. Jones to come immediately? If she was sick enough to be moved away from the other girls, then she was sick enough to have the apothecary visit!”

Mr. Bennet was gearing up for one of his very rare moments of intense anger. They had always been directed at Mrs. Bennet in the past. This was looking not to be an exception.

“Mr. Bennet, we cannot have Mr. Jones to Longbourn! That will keep Mr. Bingley away! Then Maria Lucas will move in and snag Mr. Bingley for herself! I have always said not to trust the Lucas’s! And look what they did with Mr. Collins after he proposed to Elizabeth. We have to keep Elizabeth away from the girls and not let there be any reason for Mr. Bingley to not show at our house!”

Mr. Bennet’s eyes had been opened rather harshly these last few months. He had largely left the child rearing to Mrs. Bennet but now realized that had been a mistake. It also opened his eyes to his own behavior. Mainly his lack of attention towards his own children and their upbringing.  If Elizabeth was seriously ill, Mr. Bennet would never forgive himself.

“Mrs. Bennet, may I inquire as to how you found Lizzy when you saw her last? I presume that was this morning?” Mrs. Bennet waved her handkerchief, blotted her eyes, yelled at Hill for more tea. She did not answer the question directly, but Mr. Bennet knew what the answer was. Rapid footsteps approached the drawing room. Hill was arriving to Mrs. Bennet’s shouted demands. Before Mrs. Bennet could say one word, Mr. Bennet stood in front of Hill looking very fierce indeed.

“Hill, I am concerned as to the health of my daughter Lizzy. When did you see her last?” Hill curtsied glanced at Mrs. Bennet and then back up to Mr. Bennet.

“Sir, I saw her this morning as I brought her broth to drink.” Hill continued to fidget, playing with the sides of her dress. Mr. Bennet knew he looked foreboding but he was too angry at the moment to restore his countenance to the good humor it normally possessed.

“And how was my Lizzy when you saw her last?”

“She is still wracked with the pain, Sir. The cramping is so severe it looks like her muscles are doing a dance on their own. We rub the horse liniment and massage as much as we can while keeping her full of the bone broth cook is making.” Mr. Bennet stood back aghast. This was not some simple cold or flu that Mrs. Bennet had led him to believe.

“St. Vitus’s dance? I have read about it. That jerking affliction only possessed those with chorea? Are we to all be afflicted with this? Send a messenger for the apothecary immediately!”