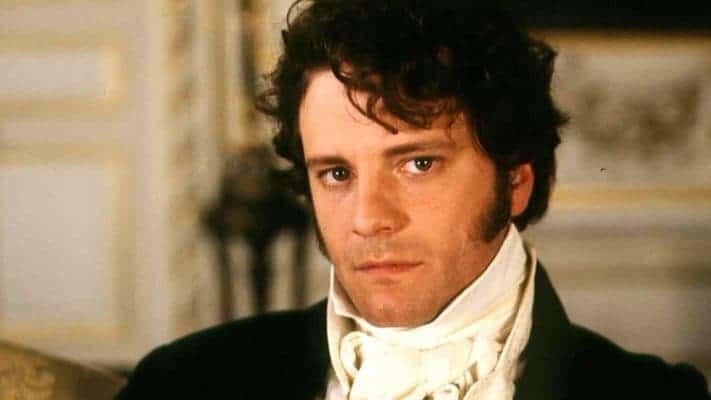 She turned away and caught up with the Gardiners in the next room. Mrs. Reynolds, the housekeeper of Pemberley, brought their attention to a new piano just arrived from London as a gift for Mr. Darcy’s sister. Elizabeth raised her eyebrows as a piano that large and made by that company could only be purchased by the wealthy. She refused to let herself admire the piano for she knew it would be difficult for her to play their small, worn piano at Longbourn.

Elizabeth wandered over to the large windows facing the pond. As she gazed at the entire view, she thought of the estate’s owner and his proposal to her in the Hunsford Parsonage.  “Of this I could have been mistress.”

She felt a small pang of regret, but assured herself that Mr. Darcy’s pride and snobbery was still probably unbearable though she did know him better for having read his letter handed to her at Rosings. Elizabeth had read the letter so much that she could recite it from heart if she wished, but she did not for she was still embarrassed at the horrible things she had said to him.

“Lizzy, we are going to the next room.”

Elizabeth turned with a pleasant smile and walked next to Mrs. Gardiner as they continued their tour of the grandest home in Derbyshire. The tour ended where it began, at the entrance across from the pond she spied from inside the house.  She walked down to the pond and picked up a rock near the edge. When she stood up again she blanched, as Mr. Darcy walked out from around a corner of Pemberley.

She dropped her rock, quickly looked around to find her aunt and uncle and walked quickly in their direction. Elizabeth hoped they were far enough away that he had not seen them.  As she reached the Gardiners, she checked Mr. Darcy’s location and to her horror found him only about twenty yards away. Close enough for Mr. Darcy to determine who she was, as he stood stock still staring at her.

This had to be the most mortifying day of her life. What must he think of her coming here to tour his house?

Mr. Darcy started and briskly walked to their party. He smiled pleasantly and inquired after her family’s health, her health, and then asked her to introduce him to her friends. Wouldn’t he be surprised when he finds out this well behaved couple were related to her? She introduced him and studied him to not miss his reaction, but he was perfectly amiable, the perfect gentleman. Elizabeth stared nonplussed at this extraordinary change in his behavior.

He even asked the Gardiners for their opinions of his estate and when Elizabeth did not answer, he asked her directly. What could she say other than it was magnificent? But how embarrassing to be caught admiring the house of the man she had rejected after berating him based on falsehoods.

As they walked down to the pond following Mr. Gardiner and Mrs. Darcy, Elizabeth clenched her hands and told her aunt that they should not have come there. She kept her eyes averted hoping her aunt would not be able to deduce why her niece was so embarrassed. Elizabeth was in the process of asking her aunt to leave quickly when Mr. Darcy turned and walked the few yards to join them.

“Would you like to view the formal gardens? It has recently been replanted and is at its best for viewing.” He stared directly at Elizabeth.

Mrs. Gardiner agreed to which Elizabeth closed her eyes in dismay. When would this embarrassing ordeal be over? But she could not fathom what he did next, as Mr. Darcy asked her to walk with him.

They soon outstripped her aunt and uncle which gave her the opportunity she needed. “I must apologize. We had been assured that you were not in residence otherwise we never would have come. I am-“

Mr. Darcy placed his hand on her arm. “You have no need to apologize. I am glad, quite glad to see you again.” He trailed his hand slowly down her arm, squeezed her hand before he let go.

Elizabeth stared at him. He looked the same in appearance but his behavior was so removed from what it had been that Elizabeth knew not what to think.

They continued to walk down the side of Pemberley to the back of the house while Mr. Darcy walked closer than was proper. Their hands kept touching so Elizabeth held her hands in front of her. But then Mr. Darcy placed his hand on the back of her arm and slowly moved it until he held her elbow while he pointed to a statue in the gardens.

She knew not what to think. Had he turned into a rake?

Mr. Darcy was not going to have the woman completely unaware of his admiration of her again. It was due to the greatest luck that they had crossed paths this day. He had, once he got over his anger, spent the time since that disastrous proposal employed in improving himself. He had never forgotten what Elizabeth had said to him.

He stepped close and turned to point out a topiary at the nearest edge of the garden. Mr. Darcy also used this opportunity to smell her unique scent, one that had him breathing quicker. He brushed her arm with his chest, then led her closer to the gardens with his hand at her elbow. She would not miss his intentions this time.

“Yes, it is lovely. Your gardener has much skill to arrange the plants and flowers of such differing colors into such a pleasing arrangement.” Elizabeth glanced at him and then quickly looked away again.

She was skittish around him which was to be expected for having not seen each other for some time. And for how they parted on less than pleasant terms.

“These gardens were designed by Capability Brown. I did not have any preference but my sister Georgiana chose the colors.”

Elizabeth turned to him with a smile which made her eyes light up and transformed her countenance into one that stole his breath. But her aunt and uncle approached, so he dragged his eyes away from Elizabeth.

“You may walk down the main path of the gardens,” said Mr. Darcy, “and find benches placed to enjoy the flower arrangements.”

“That is indeed very thoughtful, thank you.” Mr. Gardiner stated. “But we must go now as we have an engagement with friends of my wife in Lambton.”

Mr. Darcy swallowed a pang of fear and disappointment. “You are staying in Lambton then?”

The Gardiners answered they were staying at Lambton Inn.

“May I call upon you tomorrow?” He turned to Elizabeth as he asked and saw her surprise and confusion.

They walked back to the carriage as he asked Elizabeth about the rest of their travels through Derbyshire. While she spoke he studied her countenance, the freckles on her face, the way her curls escaped her bonnet.

Mr. Darcy helped her aunt into the carriage and then Elizabeth. As they pulled away, he stood on the driveway and watched until he could not see the carriage anymore. Then he turned and walked up the steps into Pemberley.

He had never thought he would see her again unless he travelled back to Hertfordshire. And that would never have happened as it would negate his and Mr. Bingley’s sisters efforts to keep Miss Bennet and Mr. Bingley apart. Mr. Darcy felt guilt as Elizabeth had informed him, during that horrible day, that he had misjudged her sister and had forever ruined Miss Bennet’s happiness.

Mr. Darcy pursed his lips as he walked through the grand house to his study. He had not yet made amends on that front and he felt he needed to do that before he could ascertain what Elizabeth’s feelings were for him. But by jove he was going to make sure she knew his feelings for her before she left Derbyshire. And hopefully she would not leave the area before he had convinced her of his changed behavior and his admiration of her.

The next day at the earliest hour he could call, Mr. Darcy rode to Lambton. He could have waited for the party from London to arrive, he probably should have since Mr. Bingley was part of the party. When he learned that Elizabeth, Jane’s sister was in Lambton Mr. Bingley would no doubt want to call upon her immediately. But Mr. Darcy was selfish for his own happiness, his own desire to see Elizabeth again without any distractions. He knew Mr. Bingley could converse much easier than him and he did not want Elizabeth and his friend to have a conversation while he stood like a nodcock.

He pulled up his horse in front of the Lambton Inn and handed the reins off to a stable hand. Mr. Darcy walked inside and was immediately greeted by the staff.

“Please let Miss Bennet know that Mr. Darcy is here to call upon her.”