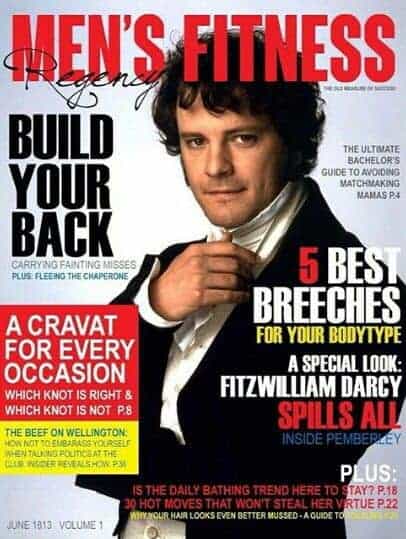 The tapping at her room’s door had Elizabeth frowning. This was not the usual time for the inn’s maid. She called out for them to enter.

“Pardon me Miss Bennet, but there is a gentleman and Mr. Darcy down in the sitting room here to call upon you.” The maid curtsied and closed the door.

Elizabeth sat with mouth agape staring at the closed door. Mr. Darcy? Here at Lambton Inn? To call upon her? She dropped her journal, rushed over to the mirror to make sure her hair was in place with no stray curls like she had yesterday. She straightened her day dress then quit her room to walk downstairs to the inn’s private sitting room.

She entered the room to find him pacing. They exchanged greetings, both sat and then she looked around the room during the awkward silence. Mr. Darcy was not the easy conversationalist from the day before.

“I hope you do not mind me calling upon you?”

Elizabeth looked up at him and noticed that he did look concerned. “No. Indeed, this is the perfect time to call. Have your friends from London arrived safely?”

Mr. Darcy settled back in his chair. “They have not. I found myself anxious to see you again, so I did not wait for them. I hope you do not mind?”

Elizabeth forced herself not to smile at the wince Mr. Darcy made after he had asked if she did not mind. He was still the shy man she had known from Meryton and Rosings Park. She relaxed having seen that because it had been hard to reconcile the man from yesterday with the one she had known.

“I do not mind at all. My aunt and uncle are not here though, they are out on a walking tour of Lambton. I am afraid they may be gone for some time, if you wanted to speak to my uncle about fishing.”

The maid entered with a tray of tea and biscuits then quit the room with the door open.

Mr. Darcy stood, walked across the room and closed the door.

Elizabeth had been in the act of pouring tea when so her startled movement caused tea to splash over the tea cup. She looked down and quickly cleaned up her mistake. Then she found Mr. Darcy standing near her so she handed him the cup of tea she had not spilled.

“Mr. Darcy, I cannot help but notice you closed the door. It is not proper for both of us to be in this room with the door closed.” She smiled as she spoke hoping to take the sting out of her reprimand.

Mr. Darcy looked amused as he sat in the chair cornerwise to where she sat on the couch. What was he doing?

He asked about her travels with more pointed questions than he had asked the day before. Elizabeth answered while still mulling the purpose of his call and why he closed the door. He had to know if her uncle saw them, they would be forced to marry.

She was interrupted from her musings with a touch on her hand. Elizabeth looked down to find Mr. Darcy trailing a finger along the back of her hand. She looked up at him and stared, confounded.

A pang of fear shot through his chest as he noticed her reaction. She had not seemed to mind his touches the day before, but Mr. Darcy was afraid that she did today.

“Mr. Darcy, you are being very forward.”

He could not help but smile at her consternation.

“You did not object the day before.” He trailed his index finger up her forearm until she pulled her arm back.

“Mr. Darcy, I am not sure why you called upon me today, but I can assure you-“

He stood, walked around the tea table and sat next to her on the settee. Elizabeth was now against the armrest on her other side, the tea table in front of her and the chair he had just vacated cornerwise from her.

“You do not know the reason I called? You have no idea?” Mr. Darcy paused but Elizabeth only shook her head. “I have not done a good job, have I?”

Elizabeth looked at him even more confused.

“When we were together last at the Hunsford Parsonage, I had not made my admiration of you well enough known beforehand. You were completely unaware of my desire for you. I am determined to make sure you know my attraction for you now.”

Elizabeth’s countenance had undergone such a change that she was now staring with her mouth agape.

“I cannot recall when I was first drawn to your beauty. I had definitely noticed at the first Meryton assembly I attended.” He had trailed his index finger over her right arm.

“But… you stated that I was not tolerable enough to tempt you? How could you have found me attractive then?”

He caressed her arm with his thumb. “I apologize. I did not mean that as my ire was directed at someone else even though it sounded as such.”

Elizabeth scoffed. “Pardon me Mr. Darcy, but there was no one else it could have been intended for.”

She was angry, but she had not pulled away from his fingers massaging the underside of her arm. “I had taken offense to your mother when she spoke to me before we had been introduced.”

He moved his hand lower on her arm where he could touch the soft skin inside her elbow.

“I am not here to dredge up bad memories from the past. I want new memories.” He trailed his hand up her arm then rested it on her shoulder.

Elizabeth turned her head to where his hand lay on her shoulder. “I do not understand what you mean, sir?”

He flattened his lips. This was not at all proceeding how he had imagined it. Instead of leaning into him with happiness, Elizabeth was pulling away and becoming more stiff.

“I want memories where we are happy with each other. I find you attractive and I am desirous of you.” Mr. Darcy moved his hand along her shoulder, up her neck and traced her ear with his finger.

Elizabeth scooted away from him but since she was against the armrest, she did not move at all. “Mr. Darcy, you cannot take such liberties with me. It is not proper.”

He wrapped a curl of her hair around his index finger as his thumb caressed her neck. “It would be proper though if you were to be my wife.”

Elizabeth turned her head towards him in obvious shock. She blinked and stared at his countenance.

He chuckled and trailed the back of his index finger along her cheek. “I have never forgotten you, Miss Bennet. I have worked tirelessly ever since our last meeting to improve my behavior, to be a gentleman. I also want to make it very clear my admiration of you. There will be no missing it this time. I want you to be fully aware of how much I admire and desire you.”

Elizabeth’s mouth had fallen open even further. He could not recall Elizabeth having ever been caught with nothing to say.  He chuckled as he moved his finger along her silky skin under her chin, down her neck and then held it there as he leaned in and pecked her lips.

She did not withdraw or make any movement except to continue to stare at him with widened eyes.

He leaned in again, caressed her lips with his then kissed her, each kiss stronger, more forceful but slowly so as not to frighten her.  He placed his other hand on her shoulder and angled his head for a stronger kiss. He moved his tongue across her lips and Elizabeth granted him entrance by opening her mouth. He swept his tongue alongside hers, deepening the kiss, his cock straining in his breeches until they pulled apart breathing heavy.

He slid his hand down her shoulder and grazed the side of her breast. She startled and her blush grew stronger. He smiled, gratified to see that she truly was an innocent.

The sound of the maid walking while speaking prompted them both into action. Mr. Darcy stood, grabbed his cup and saucer then walked around the tea table to stand behind the chair he had previously vacated. Elizabeth patted her hair, placed her hands on her cheeks then grabbed her teacup and saucer off the table as the door’s room opened to reveal the inn’s maid and Mr. and Mrs. Gardiner.