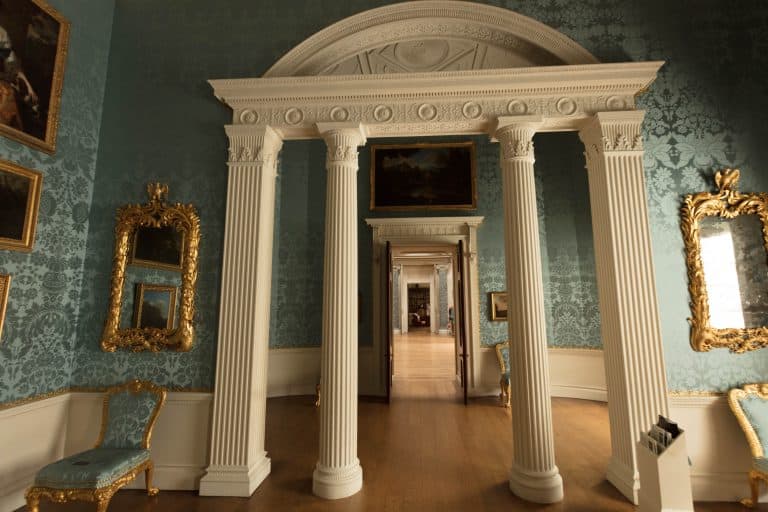 Elizabeth leaned into the window of the hired coach. Her cheeks hurt from smiling nearly the entire several days travel to London and this entire trip to the Gardiners house. Finally, she would be safe and back with relatives, especially Jane. How much she would have to tell her.

She bit her lip as the horse led the turn onto Gracechurch Street. How much should she tell Jane of her time apart? Make up a tale as to why she never wrote? But what could she say about the letters they had surely mailed? The carriage stopped in front of the Gardiners’ house. She would just have to deal with it when it came up, hopefully, it would not. The postal system was still losing mail, perhaps the letters to her were lost?

Elizabeth climbed down the steps then knocked on the door. The door was opened by a maid. “Please tell the Gardiners that Elizabeth Bennet is here.”

The maid curtseyed, stepped back then looked back to the interior of the house.

“I heard Lizzy!” said Mrs. Gardiner from the sitting room. “Is that you?”

Rushing footsteps from several people pounded across the rugs and wooden floors as Elizabeth smiled wide and entered the house. Her nieces and nephews reached her first. She knelt to give them all hugs and kisses. Her aunt pulled her up and hugged her dearly, her hands sure to leave marks.

When Mrs. Gardiner leaned back and lowered her arms, there were tears in her eyes. “Oh Lizzy, we had thought the worst.”

Elizabeth’s smile dropped and she could not stop herself from paling, though she tried with another large smile pasted on her visage. She turned to Jane who enveloped her in another strong hug after rushing down the stairs.

“Lizzy, where have you been?” Jane pulled back and searched her sister’s countenance. “You look well but quite thin.  We have wondered and –“

“Jane, as you can see I am quite well and am glad I am here.” She glanced at her aunt to see Mrs. Gardiner staring at Elizabeth’s out of style, faded and worn bag that was filthy from three days travel on the roof of the posting coach.

“Aunt,” Mrs. Gardiner looked away from the bag, “I would like to refresh myself after my travels. I am so glad to be here with you.” She held Jane’s hands. “We shall share a room again!”

“Yes Lizzy, do refresh yourself.” Mrs. Gardiner motioned to the maid. “Susie, place Lizzy’s bag in Jane’s room, make her a tray, and bring it up to her.” She faced her niece again with a quizzical look but stayed quiet as she watched her two favorite nieces walk upstairs.

Supper was a happy affair with the only discomfiting moment when Mr. Gardiner commented that Elizabeth should have another helping of everything. She tried to ignore the glances at her fine dress, but she had nothing else to wear that was not of the high quality Mr. Darcy demanded. Thankfully no one commented upon it.

After supper, Mrs. Gardiner shared the news they received from Mrs. Bennet regarding the Philips, their card parties, the inhabitants of Meryton, and the happy development of a contingent of soldiers stationed at Meryton. Much was said of Mrs. Bennet’s hopes that Kitty and Lydia would marry officers, especially Lydia who had become fast friends with Col. Forster’s wife. Mrs. Bennet devoted a page to the Lucas family and her ire at Charlotte Collins especially. No matter how many times it had been explained to her, she refused to see the entailment as anything other than immoral and cruel.

Elizabeth and Jane went upstairs to retire for the evening. She dressed for bed while avoiding giving specifics of her time as a governess. She asked Jane about her time in London and was saddened to not hear any mention of Mr. Bingley.

“Lizzy,” Jane said after a period of silence, “you know I will not think the worst of you, no matter what you may tell me.”

Elizabeth stilled. “Why would you say that?”

“I have listened to you say what a wonderful experience being a governess for the Baron Haverton’s daughter, but I know you Lizzy, and you are not being truthful.” Jane paused but Elizabeth studied the bedspread.

“I have to tell you that we, the Gardiners and I, even the children wrote you letters that were returned.”

Elizabeth did not look up.

“We even called upon the Baron and Mrs. Haverton. They said you were not there … nor ever had been.”

Elizabeth wiped her face from the tears that had slid down her still too thin cheeks.

Jane reached across the bed and held her sister’s hand. “Lizzy, do not cry. I know how disappointed you must be that you were not governess for the Baron and were instead sent to another family.”

“I have heard servants speaking of their employment when I take the children to the park. Every family seems to be quite demanding. I am sure you were an amazing governess and will find employment again soon.”

Jane stared as Elizabeth burst into tears that turned into great heaving sobs. She held Elizabeth and rubbed her back.

“Oh Jane, I –” She could not speak anymore for crying.

“Let us go to sleep and speak no more of it. You will feel better in the morning after a good night’s sleep.”