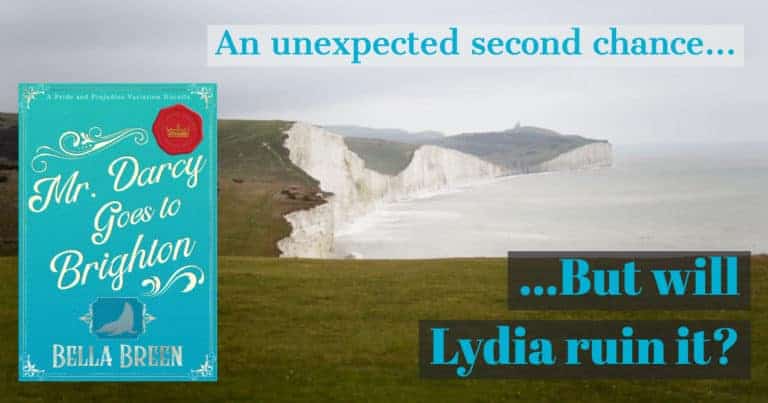 He had originally been surprised at the invitation to join Col. Fitzwilliam in Brighton for a holiday, as his cousin had never invited him on a holiday before and most officers took their leave far from their current post. But the more he avoided Miss Bingley’s machinations, and the more Elizabeth’s boorish refusal of his marriage proposal tormented him, the more he realized his cousin was a brilliant man.

The only concern he had was leaving his younger sister. But he had to escape from Miss Bingley, or he would do something wholly ungentlemanly and demand her to leave, which would insult his friend. So instead of ordering them to leave, Mr. Darcy left himself, thereby forcing the Bingleys to leave by consequence. This actually pleased his sister Georgiana, as she did not admire Miss Bingley’s false cheer concerning her.

He verily should have been more commanding at letting Miss Bingley know his thoughts about her. The last night he had spent with the Bingleys, she had conveniently forgotten what door was her bedchamber. His valet had been in the room undressing him, otherwise he would have been well and truly caught in the parson’s mousetrap.

Mr. Darcy had departed the next day for Brighton.

He turned his head to look out the carriage window. Pairs and groupings strolled along the Steyne, the principal street in Brighton. According to his cousin, walking on the Steyne was a popular pastime. Mr. Darcy hoped his reply in the affirmative had reached Col. Fitzwilliam by now. He had replied to his cousin’s invitation the morning he departed Pemberley, as he had not made his decision until the night before. Or should he say Miss Bingley had made the decision for him?

His lips tipped up. This was exactly what he needed. He would be refreshed by the sea, away from Miss Bingley, and he would get his mind off Elizabeth Bennet. Every time Miss Bingley fawned over him, he wished Elizabeth was in her place. Every time he saw happy couples, he wished they were he and Elizabeth. He had to master his thoughts regarding her, or he would end up in Bedlam.

Brighton would not have been a destination he would have chosen, as it did not have the best reputation. This was due no doubt due to the Prince Regent holding court with his mistress at the Marine Pavilion after having abandoned his wife in London. However, there was a military camp located there, to prevent Napoleon from landing, and as that was his cousin’s location for the time being, he was more than willing to get away to Brighton.

Elizabeth almost leaned out of the carriage window as they rode through Brighton, so excited she was to view the sights. This would be her first time seeing the English Channel, or any ocean, and she was quite exhilarated. She had read descriptions of the ocean in books, but there was no substitute for encountering it herself. After that, she did not care what attractions they visited.

Their journey to Brighton had come about principally due to Mr. Darcy. Elizabeth had never forgotten what he had said about the conduct of her family. When Lydia had received an invitation to accompany Col. Forster’s wife as her particular companion in Brighton, Elizabeth had known she had to stop her sister from going. Lydia, an unabashed flirt let loose in a military camp with her friend, who was only two years elder than Lydia, was a means for disaster.

However, her discussion with Mr. Bennet regarding Lydia staying home had come to no avail, and Lydia had cheerfully departed for Brighton.

Then the Gardiners had arrived to take Elizabeth on their excursion through Derbyshire. When Elizabeth had mentioned her concerns, both Gardiners had agreed and were quite anxious. They had changed their destination on the hope that they could keep Lydia in check. Otherwise, all three had feared Lydia would cause a scandal and ruin the reputation of the entire family.

During the short journey from Longbourn, Elizabeth had often reflected upon Mr. Darcy’s horrible proposal, chiefly his thoughts regarding the want of propriety by her family. He had been absolutely correct. It had hurt to admit that even after explaining how Lydia would behave in Brighton, her father had swept aside her concerns.

Along with that embarrassment was the knowledge that she had been so inordinately wrong with what she had accused him of regarding Mr. Wickham. She could not imagine how furious Mr. Darcy must have been. Elizabeth knew she would never see him again and could not write him an apology, but she still vowed to improve the conduct of her family however she could. That included her own tendency to judge without knowing all the facts. She owed Mr. Darcy no less after being so abominably rude to him.

“Lizzy, that is the fourth time you have sighed in the last hour. What is concerning you?” Mrs. Gardiner leaned towards Elizabeth, who sat on the carriage bench across from the Gardiners.

She pasted on a smile and turned to her favorite aunt. “I apologize. I did not notice I had sighed so often.” She hoped that would console her aunt as Elizabeth did not want to tell her the reason. No, only Jane knew how rudely she had spurned Mr. Darcy and how mistaken she had been regarding Mr. Wickham.

“I do not know what is resting heavy on your mind, besides Lydia’s prospects for impropriety. But rest assured, we will soon have her under guidance.”

Elizabeth smiled at the both of them, full of gratitude that they had listened and agreed with her concerns regarding Lydia. It was too late this day to call upon the Forsters, but on the morrow, they would, and she could relax. Plus, with all the new sights and entertainments in Brighton, Mr. Darcy would be replaced in her thoughts. That would give her relief for the first time since she had returned from Hunsford.

Welcome to my latest story. This is a novella and part of the Brighton Challenge that a few of us JAFF authors put together. We’re all writing JAFF novellas with Brighton as the setting. It has been fun to hear of all the different ideas we’ve all come up with!  I plan to publish this in mid or late June. Mr. Darcy breathed in the salty, fresh air and sighed. He relaxed against the carriage

Mr. Darcy took a drink of his hot coffee but paused in the act of setting the cup back down on the table due to the knock at the door.  His valet, Mr. Bannerman answered it. “Hello Mr. Bannerman, have you thrown my cousin out of bed yet?” His valet turned down his lips and looked at Mr. Darcy who nodded his head.  Mr. Bannerman opened the door and stepped aside, letting Col. Fitzwilliam, who 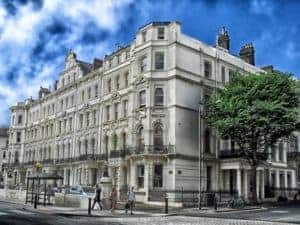 “I am quite impressed with the camp, Richard. It is much more orderly than I expected.” Mr. Darcy eyed the soldiers practicing reloading their Baker rifles as they walked past. The camp was loud with noise coming from every direction. How could anyone think with that continued noise? Col. Fitzwilliam gave him a sardonic look. “You expected it to be dirty and messy did you not?” Mr. Darcy glanced his cousin with a raised eyebrow.

Mr. Darcy Goes to Brighton is now in Kindle Unlimited!

Yes, that’s right, your favorite JAFF novella located in Brighton is now in Kindle Unlimited. While you’re quarantined from the coronavirus, hopefully, you don’t have it, you can add this book to your list to read. Stay safe and wash your hands!

My JAFF books 1-6 are now in Kindle Unlimited

Due to the coronavirus, people getting laid off and losing their jobs, need to save money to buy food or essentials in this scary time, I’ve moved my Pride and Prejudice variations books 1-6 and the JAFF boxed sets 1 & 2 into Kindle Unlimited. Stay safe and wash your hands!