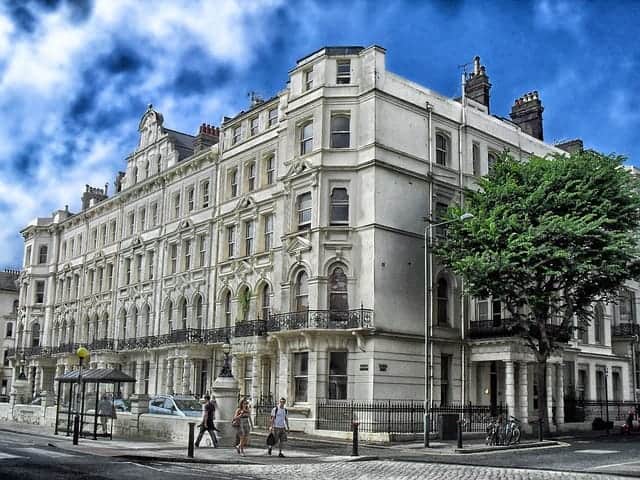 “I am quite impressed with the camp, Richard. It is much more orderly than I expected.” Mr. Darcy eyed the soldiers practicing reloading their Baker rifles as they walked past. The camp was loud with noise coming from every direction. How could anyone think with that continued noise?

Col. Fitzwilliam gave him a sardonic look. “You expected it to be dirty and messy did you not?”

Mr. Darcy glanced his cousin with a raised eyebrow. “War is messy. I did not expect a camp of soldiers to be organized and presentable.”

His cousin narrowed his eyes. “These soldiers are.”

Mr. Darcy stared at his cousin whom he was sure had more to do with the running of this camp than he let on.

Col. Fitzwilliam snorted and Mr. Darcy turned to look at what had drawn his cousin’s attention. A grouping of soldiers laughing had parted to reveal two young women in their midst. They were dressed well but their behavior was not unlike a light-skirt working.  “They allow doxies in camp?”

Col. Fitzwilliam scowled. “Not at all.”

His cousin continued to frown and glance at the gathering as they walked to Mr. Darcy’s carriage. He was not alone in that behavior as Mr. Darcy was convinced those women looked familiar. It was a ridiculous notion as he had never sought a doxy in his life. But the more he stared the more he felt he undoubtedly had seen him before.

As the brunette with the long curled hair touched a soldier’s shoulder and laughed it struck him where he had seen her. She was the ill behaved young woman that had attended the ball and assemblies in Meryton. Where were her parents or guardian? Who would let such young women alone with a group of soldiers without a guardian?

Mr. Darcy snorted and looked away. They must be gentlewomen or wives of officers and not doxies, but it was not behavior he would expect someone well bred to exhibit. Never would he allow Georgiana, his sister, to act in such a wanton manner.

“On to pleasanter conversation, did you tour the town yesterday?”

Mr. Darcy wiped dust off his sleeve from cavalry cantering past. “I did not. After several days travel I wanted to go directly to my room at the inn and have a bath.”

He glanced over at the soldiers and women again at a loud burst of laughter. He paused in his walk as he recognized one of the soldiers, Mr. Wickham. Mr. Darcy scowled and continued walking to his carriage. Would he never be free from that reprobate?

At that moment Mr. Wickham turned his head and looked right at him. Mr. Darcy glared and looked away. He had not thought Wickham would be at the same camp as his cousin. Mr. Darcy would rather leave Brighton immediately than be in the same area as Wickham, but he would also not let that blackguard spoil his holiday.

“Your fastidiousness for bathing is absurd. You would have never made it in the Army, cousin. We go for weeks at a time without a bath.” Col. Fitzwilliam smiled to lessen the sting.

Mr. Darcy eyed his cousin as he climbed into his carriage. “I can understand why you have not married yet. No woman can stomach the smell of you.”

Elizabeth stepped out of their carriage with the help of her uncle. “This camp is much larger than I had expected.”

The waiting officer smiled and pushed his shoulders back. “It is indeed a large encampment. Many of the militias have recently arrived. It is the largest military camp on this coast.”

Elizabeth smiled then stood by the Gardiners as her uncle explained to the officer that they had come to call upon Col. Forster and their niece.  She gazed around at the few buildings, the busy soldiers and hundreds upon hundreds of tents.

A strong wind then blew from a new direction and she covered her nose. Her aunt coughed.

“Oh yes,” the officer pulled at his coat collar, “the downside of thousands of soldiers in one camp. Well, let me take you to Col. Forster’s lodging.”

They quickly followed the officer and Elizabeth dropped her hand as the stench had lessened. They walked for some time and approached what looked to be the end of the camp.

“We seem to be walking out of camp?” Mr. Gardiner turned to the officer.

“Not quite, but close. The officers with families are lodged further back from the main camp to give them privacy.”

“That is a nice perquisite. Are their families with the officers?”

“There are children here but they stay near the family lodgings as it is not safe to wander around a military camp.”

Elizabeth and her aunt glanced at each other. How safe was it for Lydia to wander around camp with Mrs. Forster?

The officer stopped at a building that was a copy of the buildings surrounding it. “The Gardiners are here to see their niece, Miss Lydia Bennet who is staying with the Forster’s.”

A young soldier stepped back and welcomed them inside. “Col. Forster is inside.”

Elizabeth flattened her lips. Did that mean Lydia was not there?

Col. Forster was as genial as ever but did not know his wife’s location. “They run hither and wonder full of laughter and conversation. I have learned it is best to let them go. They always come back in time for supper.”

They were soon walking back across the large encampment with their guide. Elizabeth walked next to Mrs. Gardiner who slowed her walk so there was a short distance between them and the others.

Mrs. Gardiner turned to her niece. “How well did you know Col. and Mrs. Forster when they were stationed in Meryton?”

“I only met them a few times. Mrs. Forster is but two years Lydia’s elder.” Elizabeth glanced at her aunt.

“I am glad you notified us, Lizzy. I fear Col. Forster is more lax than expected.”

Elizabeth nodded. She had been shocked that Col. Forster was not concerned about two young women left free to wander a military camp at will. Mrs. Forster was married, but Lydia was fifteen and men obsessed. She feared a scandal was bound to happen unless they oversaw Lydia themselves.

As they were crossing the camp a gathering of soldiers caught their attention. The gathering parted, due to soldiers pretending to bow and curtsy as if at a ball, and Elizabeth stood stock still.  Her sister and Mrs. Forster were at the center of the group of soldiers.

Mrs. Gardiner grasped and Mr. Gardiner exclaimed, “Blazes!” They immediately turned towards the gathering. Elizabeth would have died of mortification had she been caught behaving so scandalously.  What had Lydia been thinking?

As they drew closer, one of the soldiers glanced at them and then beamed. It was Mr. Wickham. Elizabeth’s dread grew as she remembered what Mr. Darcy had wrote in his letter about Mr. Wickham.

Mr. Wickham bowed and approached them. “Miss Bennet, I am surprised to find you here. Did you follow your sister?”

The Gardiners stopped as Elizabeth was now forced to make introductions to Mr. Wickham with her aunt and uncle. They did not know what a horrible man he was. They only knew what Elizabeth had told them, which was from before she had learned the truth from Mr. Darcy. She felt sick at how delighted the Gardiners were to meet Mr. Wickham.

“Your niece, Miss Lydia is so delightful and charming. We are lucky she is at camp with us.” Mr. Wickham beamed.

“I am glad to hear that.” Mr. Gardiner turned to Lydia who was still flirting with the officers. “Lydia, we have come to take you to the beach with us.”

Lydia walked towards them with Mrs. Forster in tow. “What are you doing here?”

Elizabeth closed her eyes but not before seeing the look that Mrs. Forster gave Lydia. It was obvious she had not seen this side of her good friend before.

Mr. Gardiner frowned and cleared his throat. “We have come on a holiday. Now, let us go get in the carriage and go to the beach.”

Lydia flicked her hand. “Oh, la. I have already seen the ocean. The rocks hurt my feet and the water is much too cold for sea bathing.” Lydia turned to Mrs. Forster. “Though we did try, did we not?” They both giggled.

Elizabeth looked at Lydia pointedly but she continued to whisper and giggle with Mrs. Forster.

Mrs. Forster looked back at them and then faced them and quieted, but Lydia turned away and yelled at one of the soldiers behind her.

Mr. Gardiner approached Lydia while addressing Mrs. Forster. “Pardon us, but we must be leaving to see the sights. Come, Lydia.”

“But I do not want to go,” Lydia pouted. “I am having too much fun here and I have already seen everything in Brighton there is to see.” She tilted her head, twirled her parasol and turned towards the soldiers again.

Elizabeth gasped. Lydia had never behaved so rudely to her uncle before. And in front of Mrs. Forster too.

Mr. Gardiner grabbed his niece’s arm, put it on his and led them towards Elizabeth and her aunt.

Mrs. Forster, who was no longer in high spirits, gave a quick curtsy and fled.

“Well, I guess I have to go now that you scared my friend away.” Lydia awkwardly turned around, waved goodbye to the soldiers while being led in the opposite direction by Mr. Gardiner.

When they were far enough removed from anyone in hearing distance Mrs. Gardiner spoke. “Lydia Bennet, you must not behave in such a manner. You are a gentleman’s daughter and guest of the Forster’s. You must behave with decorum.”

“There is nothing wrong with laughing and having fun.” Lydia tossed her head.

Elizabeth looked heavenward. She hoped their influence would keep Lydia from exhibiting more scandalous behavior. She bit her lip as she also hoped that Lydia had not already caused a scandal that they did not know of yet.

2 thoughts on “Chapter 3 of Mr. Darcy Goes to Brighton”