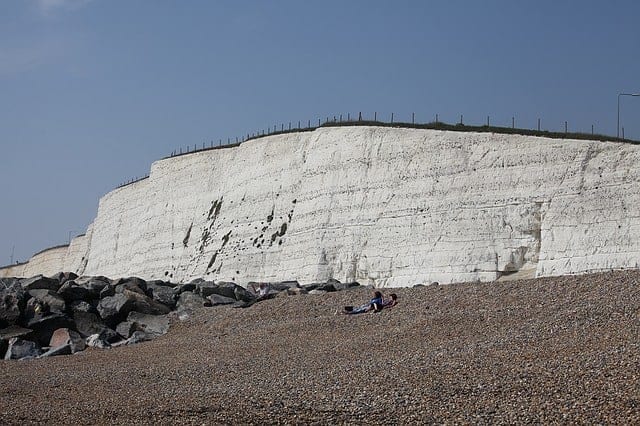 Mr. Darcy took a drink of his hot coffee but paused in the act of setting the cup back down on the table due to the knock at the door.  His valet, Mr. Bannerman answered it.

“Hello Mr. Bannerman, have you thrown my cousin out of bed yet?”

His valet turned down his lips and looked at Mr. Darcy who nodded his head.  Mr. Bannerman opened the door and stepped aside, letting Col. Fitzwilliam, who tipped his hat at the valet, into the room.

“I do not know why you persist in annoying my valet, Richard.” Mr. Darcy sat his coffee cup back down on the small dining table in his room. “Sit down and have breakfast with me.”

Col. Fitzwilliam pulled out a chair and sat, resting his right foot on his other leg. “I knew if I came early enough you would invite me to breakfast. Please do order me a plate and make it double everything you have got.”

Mr. Darcy paused in the act of cutting a sausage and glanced at his cousin. “Double? Do they not feed you at camp?”

“They do, but I am not sure that what they serve should actually be considered edible. At least for people.” His cousin took a scone, covered it with butter and bit into it with a pleasant sound.

Mr. Darcy nodded at his valet to put in another order for a breakfast plate. If his valet did not hurry, he was not sure there would be any food left for him to eat with the way Col. Fitzwilliam was eyeing it.

“I must say Fitz, I was quite surprised to receive a letter that you had accepted my invitation to Brighton and were already on your way. Not that I am complaining, but what prompted you to leave so quickly? Were you not with your friends?”

Mr. Darcy finished chewing before he answered. “The machinations of Miss Bingley had grown quite tiresome and bold. If it was not for my valet, I would be engaged to that woman.”

Col. Fitzwilliam leaned forward. “By cracky, there is a story there for sure. Do tell!”

Mr. Darcy took a fortifying drink of his coffee. “I believe I have mentioned her before?” His cousin nodded with a big grin at which Mr. Darcy frowned. “I do not know why you enjoy my misery.”

“Because your life is more interesting than mine.” Col. Fitzwilliam laughed as Mr. Darcy looked heavenward.

Both knew Col. Fitzwilliam’s life was far more interesting but that he can not discuss it. His cousin never outright said he was a spy, but since he could not even roughly speak of what he did in the Army, Mr. Darcy was sure he was involved in spying.

“There is not much of a story. Miss Bingley nearly caught me the night before I left for Brighton,” said Mr. Darcy.  “She happened to forget which room was hers and walked into mine.”

Col. Fitzwilliam whistled. “Quite daring that one. She must be far back on the shelf and desperate.”

Mr. Darcy glared at his cousin.

“That is not what I meant and you know it. She is obviously waiting for you and has grown desperate with time. I suggest you find someone for her to marry.”

It was not a bad idea, but who could he find that Miss Bingley would accept? He shook his head. “That is not possible. She does not want any man besides me. Therefore no other man would do.”

His cousin looked at him with a big grin. “Well then my dear cousin, you must marry so you will be out of her reach.”

If he did not like his cousin so much, he would have thrown him out of his room for that statement. As if he would get married to someone he could find in Brighton, of all places. And just to escape the vexatious Miss Bingley. It was preposterous.

“You better eat your food before it grows cold. I would like to see this town that you chatted up so much in your invitation to me.”

Col. Fitzwilliam swallowed a mouthful of sausage. “I am so glad you chose to stay at the Castle Tavern. Their food is the best in town.”

Mr. Darcy rolled his eyes heaven words again. “Richard, you were the one that made the reservation for me.”

Col. Fitzwilliam winked at his cousin as he lifted his coffee cup up to his mouth.

That scoundrel. Mr. Darcy could not help but smile at his cousin who was so genial and different from himself.

“I think we should start by viewing the camp,” said Col. Fitzwilliam “and wretched living quarters so that you will take pity on me and invite me to stay with you. Then we can walk down the Steyne with every other visitor to Brighton.”

Stay with him? Had his cousin knocked his head lately? “There is not enough room in here for the both of us. You must be daft.”

Col. Fitzwilliam finished swallowing his scone. “Well obviously not here, Fitz. But since you are staying for more than two days, you should rent a house.”

He sardonically stared at his cousin. “And let me guess, you have just the perfect house chosen already? Completely staffed and room enough for you to stay as well?”

Col. Fitzwilliam swallowed his coffee and laughed. “But of course! How can I not have everything  planned? Am I not a colonel?”

Mr. Darcy rolled his eyes heavenward and shook his head. He was not actually displeased with his cousin, on the contrary he congratulated himself on making the decision to come to Brighton. His cousin was in fine spirits and this was the perfect way to distract himself from that woman he could not forget, Elizabeth Bennet.

“Well my dear,” said Mr. Gardiner “what attractions should we take in today?” At the wide-eyed looks from both his niece and wife, he quickly added, “With Lydia of course.”

Elizabeth smiled at her uncle as they all wished they did not have to watch over Lydia. But they had been unanimous in their concern that she would be involved in a scandal if they did not.

Mrs. Gardiner smiled indulgently at her husband. “I would not mind visiting the pleasure gardens. They sound delightful with so many flowering plants that cannot grow in town.”

Mr. Gardiner turned to Elizabeth. “And what of you, Lizzy? I know there must be some places you would like to visit?”

Elizabeth smoothed her cloth napkin on her lap. “I am just happy to be along on your trip. I am sure we will have to make concessions for what Lydia wants to visit.”

Mrs. Gardiner leaned towards her niece. “And that is where you are wrong, Lizzy. Lydia will have to make concessions for us.”

Elizabeth smiled and let out her breath at her aunt’s response. “I would like to see the ocean that Brighton is so famous for.”

Her uncle raised his eyebrows. “You want to sea bathe? Go out in one of those bathing machines?”

“Oh I believe the sea is much too cold for that,” said her aunt.

Elizabeth shook her head. “Oh no, I would just like to walk along the beach.”

Mr. Gardiner turned in his chair and looked out the window of the dining room. “The skies do not look bad so the ocean will not be turbulent right now.” Mr. Gardiner turned back to face the table. “It is a perfect day for walking on the beach.”

“It is settled then,” said her aunt “we shall go to the camp to collect Lydia and then walk on the beach.” She smiled at her niece. “And then if the day is still nice we can go to the pleasure gardens.”

“Perhaps a stroll down the Steyne if the day gets warm? It is quite fashionable I understand, for families and couples to stroll down the street. We must do as the locals do, should we not?” Mr. Gardiner smiled at both women while twitching his eyebrows.

“You just want to stop and have ices.” Elizabeth and her aunt laughed as Mr. Gardiner sheepishly smiled.

“I cannot help it if they are absolutely delicious.”

Elizabeth was quite happy she was with her favorite aunt and uncle on holiday. They would have a wonderful time at the seaside. What a perfect distraction from those thoughts of Mr. Darcy.

1 thought on “Chapter 2 of Mr. Darcy Goes to Brighton”