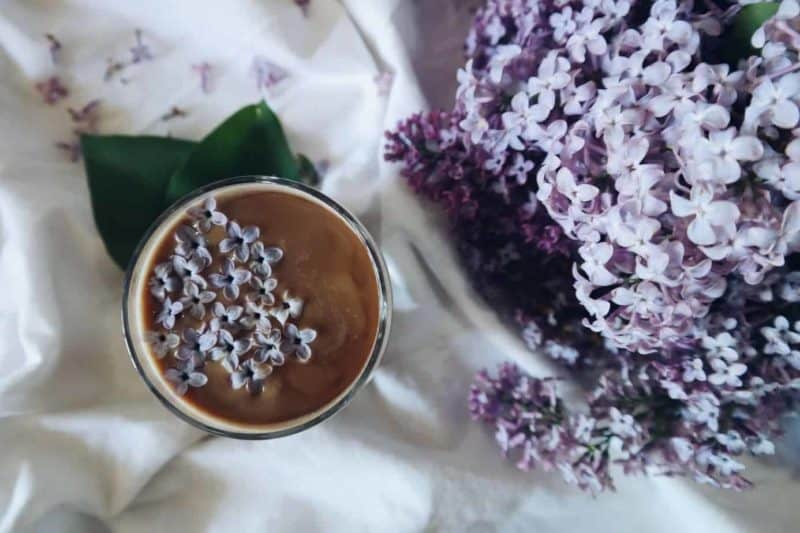 “I cannot believe how much we ordered. I never thought I could tire of shopping, but I am so exhausted I could go to sleep for days.” Georgianna fell back on the sofa in the drawing room. Elizabeth joined her. They both looked at each other and began laughing.

“We have to be the only two women in London that do not want to shop much.”

“I never did shop, really. I was hardly ever in London.  When I did need clothes, Fitzwilliam would give my measurements to the modiste, pick up my clothes and then bring them to Pemberley.“

“I am surprised you did not enjoy picking out your own fabrics and dresses?” Elizabeth looked over at Georgianna. She was not the usual spoiled girl among the wealthy gentry.

“I do enjoy looking at all the colors, fabrics and ribbons. But I never grew up picking out my own clothes and now,” Georgianna shrugged, “I see it as something fun, but once you buy the clothes you need…I do not understand the point of just shopping and buying.” Elizabeth reached over and patted Georgianna on her hand.

“You will make a man very happy in the future.” Georgianna and Elizabeth giggled again.

Mr. Darcy walked into the drawing room and stopped, surprised at the scene of Elizabeth and Georgianna giggling on the sofa. “I thought to find you exhausted and unable to move?”

Mr. Darcy walked to the sideboard and poured himself a glass of brandy. He would not have normally drank any libation during the day. However, he needed to corner Elizabeth and bring up the uncomfortable topic of the wedding night. Brandy was necessary to help him with his courage.

“Pardon us, Fitzwilliam. I do not know why we are giggling. Perhaps we are too tired that we have become silly.” Which caused Georgianna and Elizabeth to look at each other and burst out laughing. Mr. Darcy smiled as he studied Elizabeth getting along so well with his only sister. It warmed his heart.

He swallowed more of us brandy and then sat down in a chair. “You are happy with your selections today, sister? I did not expect the shopping to be done after so few shops.”

“And yet your pocketbook must be happy.” Mr. Darcy smiled at his wife.

“You need not concern yourself with being prudent with your wardrobe. Truly, I do not wish to be vulgar but to reassure you that I have deep pockets. There is more than enough to dress you and Georgianna in whatever you desire.” Elizabeth blushed looking down at her lap. She looked back up at Mr. Darcy.

“I am sorry, Fitzwilliam. I did not mean to slight-“

“Do not continue, madam. I know you well enough to know that my wealth was never a consideration for your choice of husband. I have not taken offense.” Elizabeth smiled, looked down at her lap, then around the room. Mr. Darcy frowned at the unmistakable signs that Elizabeth was uncomfortable. The easy laughter and happiness was gone. Georgianna was silent as well. Blasted.

This business of discussing uncomfortable topics with his beloved was treacherous indeed. Mr. Darcy went to take another swallow of his brandy, before he realized he had drink it all. He set his glass down determined not to pour himself another. He was not going to turn into a drunkard or a man that needed alcohol to give him courage for every day conversations. Though an every day conversation, discussing the wedding night activities was not.

“Are you needing to rest, Elizabeth? I will escort you upstairs if you are.” Elizabeth turned to Mr. Darcy and smiled though it was not the full smile she had given him before last night. Twinges of sadness struck his chest as he stood up with his arm crooked for Elizabeth. Mr. Darcy and Elizabeth walked out of the drawing room and up the steps to the next floor in silence.

Elizabeth was too unsure of how to even bring up the subject of Mr. Darcy rejecting her out of hand last night. As they arrived at Elizabeth’s bedchamber Mr. Darcy dropped his arm and opened the door for Elizabeth. She sighed and walked through the doorway. Perhaps after a nap she wouldn’t lose her nerve. “Wait.”

Elizabeth grabbed the sides of her dress, then let go and held her hands in front of her. Surely he could not mean to ask for his rights now? Was not that done only at night? She swallowed and took a deep breath. Whatever happened, she would get through it. She had every faith in Mr. Darcy that he would treat her well and be kind.

“I am not sure how. I-” Mr. Darcy stuck a finger inside his cravat then clasped his hands behind his back, “what I mean to say is that…” Mr. Darcy’s nervousness increased Elizabeth’s nervousness even more. “I have something to discuss with you and… I… I …” the blush on Mr. Darcy’s face was so apparent that she was sure it matched the color of her own countenance.

“Why do we not discuss this in my bedchamber?” Surely they needed privacy to discuss whatever had Mr. Darcy so nervous. Elizabeth hoped it was the very topic she had been loathe to bring up herself. Mr. Darcy nodded and they both walked into Elizabeth’s bedchamber. Mr. Darcy closed the door. Elizabeth stood in front of her bed and turned around.

She did not know how this worked, and hoped that Mr. Darcy certainly knew. She had tried to imagine many times exactly what happened, though things she had overheard at balls and from servants gossiping had her quite confused. She was sure the act was done in a bad however she had heard it mentioned of taking place in a hallway or even a carriage!

Elizabeth stood quietly glancing up at Mr. Darcy through her eyelashes. He still looked as uncomfortable as he had been in the hall. She would gladly dispel any of the awkwardness if she could, but she had absolutely no idea of how to begin or what happened, so she could not provide any assistance. “We have had an easy going relationship until yesterday when I brought both you and Georgianna upstairs. I have noticed since then that things have not been the same between us. Please tell me Elizabeth, how I may correct whatever I did incorrectly?”

Elizabeth was so relieved that her legs gave way and she fell back on her bed. “Oh!”

Mr. Darcy’s eyebrows shot up. “Are you unwell?”

Mr. Darcy rushed over to Elizabeth as she blushed and chuckled. “I am very well, thank you.”

Elizabeth shook her head thinking of how worried she had been. “You thought I was going to bring up another subject?”

Elizabeth smiled and then laughed. Mr. Darcy was confused but relieved at her laughter. Obviously, there had to be some sort of misunderstanding. Even though it had been very difficult to even begin the discussion, Mr. Darcy was glad he had done so. The sooner they got back to their happy companionship the better.  “Pardon me Fitzwilliam, but I had thought… oh never mind. You are quite correct in that things have been different since last night.” At this Elizabeth looked down at her lap. What an awkward conversation. She wished she had had some of that brandy to help her with this conversation. “When you went to your bedchamber last night, I thought you did not want to claim your…” Elizabeth swallowed, mortified at having to discuss this in broad daylight with her new husband. “What I mean to say is that, I understood that the wedding night would lead to a consummation of the marriage.” Elizabeth was not sure Mr. Darcy had understood her as she had spoke the words so quickly, “and since we slept separately, I thought that you were not interested.”

Elizabeth was sure her cheeks were bright red, they were burning so hot. Mr. Darcy cleared his throat. Elizabeth continued to look at her lap. She was sure that never in the history of the world had a more awkward and embarrassing conversation taken place.  “Pardon me Elizabeth, it was not my intention to cause you distress. On the contrary, I thought I had done a great favor by not… demanding my rights.”

At this Elizabeth chanced a quick peek up at Mr. Darcy who was looking down at his boots, his countenance also bright red.  Knowing this was as difficult and embarrassing for him eased some of her nervousness. “I think you for your consideration. I however had been expecting it. I thought there were something wrong with me.”

“I apologize my dearest Elizabeth. I had thought that after the wedding and long day’s travel that you would want a full night’s rest. I thought I was doing you a favor by giving you that rest.” Elizabeth blinked. She was quite grateful for such a caring and understanding husband, she had known Mr. Darcy would be nothing less. However, she did not want to worry and lack sleep awaiting the wedding night.  She did not want to tell her caring husband to just get it over with, but she did not know exactly what to say. How to tell her husband that she was scared and nervous for the act without letting him know how scared and nervous she was?

“I am sorry I cost you distress, madam. I will come to you tonight.” Mr. Darcy bowed and then quickly left. Elizabeth groaned and laid back on her bed while she covered her face with her hands.

“That could have gone better. I hope that is the only awkward and mortifying conversation I will ever have with Mr. Darcy “

Author’s Note: Dictation fail “I will export you upstairs.”  I suddenly had the idea for a futuristic space Pride and Prejudice.  Hmm….

2 thoughts on “Chapter 4 of Pride and Prejudice and Secrets”