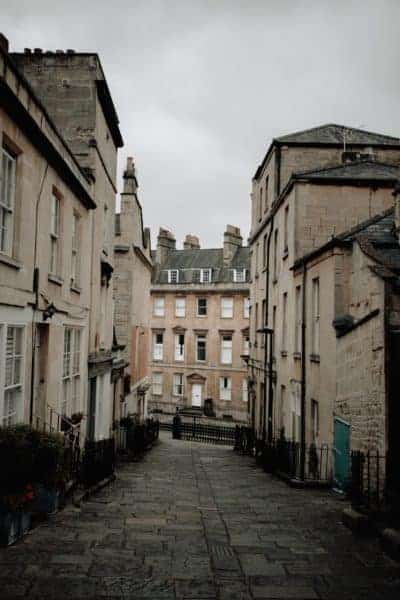 The Bennet family had come to terms with the fact they were down one member.  Meryton’s undertaker had taken Mr. Bennet’s measurements and left. A coffin would be delivered soon, and then Mr. Bennet would lie in state in Longbourn before the funeral.

The Bennet women had mourning clothes, but they were not appropriate for mourning a close family member.  They had gray and lavender dresses, not the black needed to sit with Mr. Bennet and attend his funeral.  They could not leave the house, therefore they called the dressmaker from Meryton and ordered six dresses to be made with haste. The purchase bothered Elizabeth, as only Mr. Bennet had known their finances, but there was nothing to be done for it. They had to have proper mourning clothes.

Elizabeth walked to Mr. Bennet’s study and sat in a guest chair before Mr. Bennet’s desk. She could not go behind the desk and sit in Mr. Bennet’s desk, but it was comforting to sit in his study. Who would take over the duties of minding the finances? How much money did their family even have? Did they have enough money to live in Longbourn, if Mr. Collins let them? If necessary, would  they have enough money to move to a smaller house that was cheaper to live in?

Now that Mr. Bennet had died, would all the funds from the harvest go to Mr. Collins? These were questions that needed to be answered. She hoped that when the Gardiners arrived from London, Mr. Gardiner would go over their documents and tell them the status of their finances.

Aunt Phillips was with Mrs. Bennet in her bedroom. Mrs. Bennet was out of shock and now in her dramatic crying phase, as Mr. Bennet had labeled it.  Elizabeth remembered how he had labeled each of Mrs. Bennet’s different phases and they had shared a smile and a laugh. Elizabeth missed him dearly. Who else would laugh at the ridiculousness of life with her? No one else in the family shared their sense of humor.

The next day Mr. Bennet laid in state in Longbourn in a coffin lined with black bombazine. The Bennets wore black bombazine and crepe dresses with black ribbons. It was hard for Elizabeth to keep her spirits up. With them all wearing black and black on the windows, it was a dreary house.

Elizabeth and Jane took a break and walked the grounds of Longbourn. “I hope this will not prevent Mr. Bingley from visiting you, Jane?”

“I am sure Mr. Bingley will observe the proprieties. He will pay his respects.”

Elizabeth hoped so. She had a feeling though, after observing the Bingleys at the Netherfield Ball, that the only one at Netherfield that still admired any Bennet was Mr. Bingley himself. She was sure that Miss Bingley and Mrs. Hurst would talk him out of coming to pay his respects at Longbourn. Poor Jane. It would be quite a sad revelation for her.

“How are you faring, Lizzy? I know Papa was your favorite, and you were his favorite.”

“I have come to terms with it. We had always known someday he would die. With Papa so much older than Mama, I should have realized that it was not so far off. However, I did not expect it this soon. I thought we had at least another decade.”

Jane squeezed Elizabeth’s hand. “I wonder what caused it. The apothecary said nothing other than it was his heart.”

Elizabeth shrugged. “I suppose we will never know. I am glad that Mr. Collins has said nothing about throwing us out.”

Jane looked at her sister. “Elizabeth, I do not share your pessimism. Mr. Collins will say nothing about being master of Longbourn while we are in our period of mourning.”

Elizabeth looked at Jane with exasperation. “Jane, you know I do not share your optimism in seeing the good in everyone. I believe I have a fair measure of Mr. Collin’s character, and I fear he will not wait until we are out of mourning to tell us we have to leave our home.”

“Lizzy, I fear you are much too hard on Mr. Collins. This must be a shock to him. His cousin just died.”

“A cousin he had written once and visited right before he died. No, I do not think he has any fondness for us. Well, except for when he said he planned to marry one of us to heal the breach. I wonder if he will proceed with that plan.”

Jane turned. “Again, I do not think he will do anything until we are out of our period of mourning. There is no need for you to worry, Lizzy. Indeed, I think you worry too much.”

Jane and Elizabeth sat in the drawing room with Mr. Bennet in the coffin. They talked to their neighbors, the Lucases, when Elizabeth heard the unmistakable noise of a carriage pull up. Elizabeth was sure it was the Gardiners at last. She looked forward to a hug from her aunt and uncle. These last few days had been so hard to get through.

“Charlotte, if you will excuse me, I believe my relatives from London have just arrived.”

Elizabeth walked out of the drawing room, eager to see the Gardiners. When the front door was opened by Hill, her smile dropped. It was Mrs. Hurst, followed by Miss Bingley, Mr. Bingley and Mr. Darcy. Elizabeth had not expected all of them, and she was not pleasantly surprised. No, in her time of mourning over her father’s passing, she did not want to hear one word of contrariness. She had also had enough of Mr. Darcy at the Netherfield Ball. She had still not forgotten what George Wickham had told her about his treatment at Mr. Darcy’s hands.

Mr. Bingley walked to Elizabeth with his hands out. “Miss Elizabeth, may you accept my condolences. It is so shocking. Why, I thought Mr. Bennet was in excellent health when I last saw him.”

Elizabeth squeezed his hands. “Thank you, Mr. Bingley. That means a great deal. It was shocking as we thought he was in perfect health.”

The Bingley sisters now surrounded their brother. Elizabeth did not want to be trapped in the hallway with them. “Please come into the drawing room.”

She curtsied and turned down the hallway to her father’s study. She knew she was being a coward, but she did not have the best control over herself right now. She knew how Miss Bingley and Mrs. Hurst antagonized her, to say nothing of Mr. Darcy.