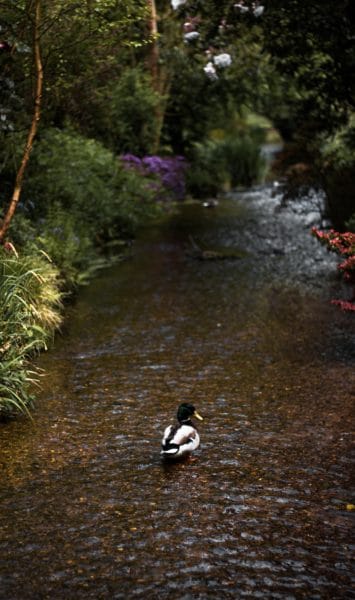 Elizabeth woke, not as was her custom, by the light of the sun, but by a scream. She looked into the darkness. What had she heard? Was that in a dream of hers? Then, she heard the scream again, a long-drawn-out keening.

She sat upright. That was no dream. What was wrong? Jane, who shared her bed, also sat straight up. “What was that?”

Elizabeth pulled off the covers and jumped out of bed onto the cold floor. “That sounds as if it is coming from inside the house!”

The loud keening started again. “I think… I think that is Mama!” Elizabeth grabbed the lamp by their door and walked out of the room. She ran down the hall to her parent’s room. She passed the doors of her sisters’ rooms. Her sisters were looking out of the open doorways.

Elizabeth knocked on her parent’s door. “Mama? Mama! Is that you? What is wrong?”

There was no answer except for the continued wailing. Elizabeth opened the door and held up the lamp. Mrs. Bennet knelt on the bed, rocked back and forth, her face covered with her hands. Elizabeth walked over to the bed but could see nothing the matter.

She put her hand on Mrs. Bennet’s back. “Mama? Are you having a nightmare? Why are you crying?”

Elizabeth saw more light enter the room. She turned to see Jane and her other sisters crowding into the room. Elizabeth looked back at the bed, planning to snap Mrs. Bennet out of her nightmare, when she glanced at her father’s form in the bed.

Mr. Bennet was gray, his mouth hung open. Elizabeth raised her hand off her mother’s back and covered her mouth. She backed up, shook her head and heard the loud keening sound again. It was not until she dropped to the floor that she realized the noise was coming from herself. Her father was dead. The father she loved, the parent most like her, the father she treasured was dead.

Someone took the lamp from her before it fell on the floor. Elizabeth sat back on her heels, rocked back and forth, and cried. It could not be true. This could not have happened. Her father could not be dead, but the crying and wailing confirmed that he had died.

Elizabeth stood with help from Jane. Kitty and Lydia held each other, cried, and stood covered with a blanket. Although tears ran down Mary’s face, she was the only one that seemed to have a presence of mind as she directed their servant, Hill. Elizabeth glanced at her father and looked away as she cried in earnest again. It did not last long this time, as she was fresh out of tears. She had not thought it possible to have cried so much that she had no tears left.

The girls wrapped their mother in a blanket and took her downstairs to sit by the fire. She was still in shock and had not spoken a word. Soon, Mrs. Bennet would come back to be more like herself, but for now she was quiet.

“My word! I had been sleeping with stuffing in my ears as I always do, for it is so hard for me to get a good sleep without peace and quiet, but I heard the entire household in an uproar. Is this how you treat a guest trying to get sleep at night?”

Nobody spoke. Elizabeth was sure that no one wanted to tell Mr. Collins the news. The sooner Mr. Collins knew, the closer it came to the Bennets being thrown out. But being a parson, Mr. Collins surely would not do that? He would be kind, would he not?

Mrs. Bennet wailed and cried again. “Oh my poor, Mr. Bennet. You are gone now and Mr. Collins will turn us all out!”

Mr. Collins went white as a sheet. “What? Is that true? My cousin Mr. Bennet, he is dead?”

Mary broached the subject at last. “Our father has died tonight, Mr. Collins.”

Mr. Collins seemed shocked, and for that, at least, Elizabeth was glad to see. She had not thought Mr. Collins was a mercenary, that he would throw them out. She must have been wrong in her assessment of his character. Which reminded her of something Mr. Darcy had said earlier in the night. What a horrible night this was.

Mr. Darcy walked to the dining room late the next day. He had the habit of getting up at a decent time in the morning. He would go over his letters, dictate business with the stewards at his different properties, and enjoy peace and quiet before the Bingleys rose. But the day after the ball, he allowed himself to sleep in.

Miss Bingley was, as usual, the first to respond to him. “How are you, Mr. Darcy? Did you sleep well after the long, long night?” Miss Bingley looked at her sister, Mrs. Hurst.

Mrs. Hurst nodded her head. “Oh yes, such a long night. I do not know why the Bennets had their carriage pulled around last so long after everyone else had left! No care for anyone else? We wanted to go to sleep.”

“I slept quite well, thank you.” Mr. Darcy drank his coffee.

“What did you think, Mr. Darcy?” Miss Bingley turned to her favorite subject.

“I am afraid I missed the question, Miss Bingley.” Mr. Darcy did not even look at her.

“Of the Bennets leaving their carriage to be pulled last and so far after everyone else had left. Is that not a shameful display? An obvious attempt at matchmaking for Miss Bennet and Mr. Bingley?” Miss Bingley looked around the room, making sure again that her brother was not present.

“I care not to hear about the Bennets anymore. They displayed themselves last night in a wanton and a shocking lack of decorum and propriety.”

Miss Bingley sat back in her chair with a smile. She looked at her sister Mrs. Hurst, who smiled back at her. Not only was Mr. Darcy over his fascination with Miss Elizabeth’s fine eyes, but it seemed he disliked the entire family as well. Which was ideal for their plans.

“Do you think, Mr. Darcy, that my brother has gotten… quite close to Miss Bennet? What do you think of that?” Miss Bingley leaned forward and waited with bated breath for Mr. Darcy’s answer.

“I find it alarming.” Even though his answer was quite short, it was the exact sentiment that Miss Bingley shared.

“I agree with you completely, and so does Louisa.”

Mrs. Hurst nodded. “Indeed. That family is shameful. I do love dear sweet Jane, but there is no possible way we can allow Charles to marry her. We need to talk him out of it.”