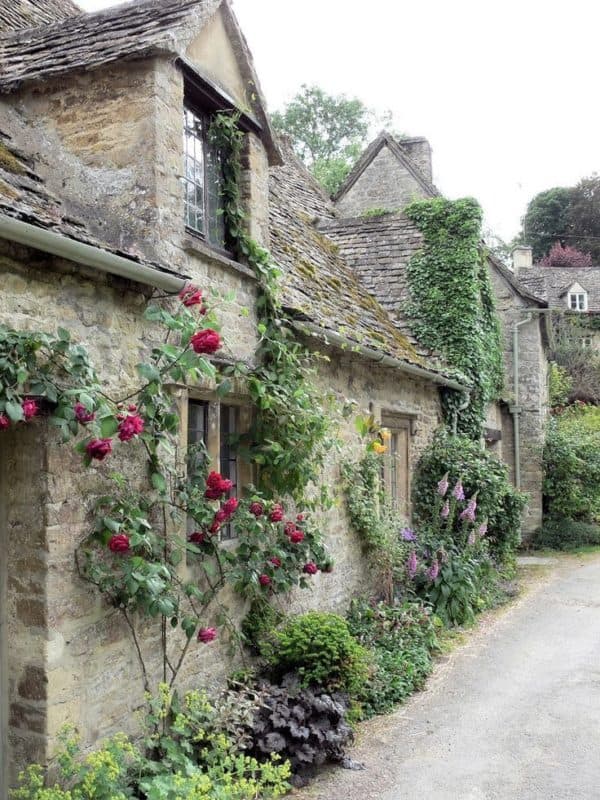 “Fitzwilliam, I am glad you are here.” The normally effusive and cheerful Mr. Bingley was subdued.

Mr. Darcy studied his friend for signs of recent illness but only saw tiredness, the kind that comes from unending bad news.

“I am sorry for not coming sooner. I had to go to London to retrieve the post for Pemberley and only just read your letters.” He turned his head to view Miss Bingley approaching. He flattened his lips, as she was one person he wanted to avoid at Netherfield though that was usually impossible.

“Oh Mr. Darcy, I am so thankful that you have not been ill yourself. It is a dreadful business.” Miss Bingley studied Mr. Darcy’s countenance. “I heard you discussing the post, what an unreliable service. You would think the post delivery would be one service they would never fail to provide. And you, Mr. Darcy, had to travel to London to retrieve your post as they would not deliver. Preposterous!”

Mr. Darcy stared at Miss Bingley. “The reason the post was not delivered was that all the post-boys had died from smallpox.”  He was gratified by the blanching of her countenance.

“Let us go to my study, Fitzwilliam. I have a brandy that I think you will enjoy.”

Miss Bingley opened her mouth but closed it quickly with consternation.

It was no secret to Mr. Darcy that she greatly admired him or his lands and took every opportunity to ingratiate herself to him. He, however was thankful for the reprieve. They both retired to Mr. Bingley’s study with glasses of fine French brandy.

“Charles, I have to say your last letter surprised me and I must thank you for it.” Mr. Bingley raised his eyebrows. “I knew nothing of the marriage law and would probably have not for some time if it was not for your letter.”

“You are welcome. And I am glad you accepted my invitation, though you must have experienced the smallpox at Pemberley?”

“We did. A great number of servants, those that were children or elder succumbed to the illness. My own sister Georgiana suffered and has been left with scars. I wanted to bring her with me to London but she refused to leave Pemberley on account of the scarring.”

Mr. Bingley swallowed a large sip of his brandy. “If that is the worst you dealt with, you are lucky. My brother-in-law, Mr. Hurst, died and Louisa suffered greatly. She has been left with scarring all over her body from what Caroline tells me. Louisa refuses to leave her rooms.”

Mr. Darcy set his glass down and leaned forward. “I am sorry, Charles. I did not know you had … experienced the worst here.”

Mr. Bingley waved his hand. “Thank you. Everyone has experienced death from this damned illness.”

Mr. Darcy leaned back in his chair, surprised at his friend’s vehemence.

“I will be the first to admit that I did not think Louisa actually loved her husband, but she was inconsolable when she heard he had died. And of course now she has her own disfigurement to deal with as well. This is a damned horrible business.”

Mr. Darcy studied his friend. This was the only time he had ever seen Mr. Bingley unhappy and not only that but angry.  He did not want to bring up the marriage law, another topic sure to anger his friend, but it was hanging over both of their heads like the Sword of Damocles.

“I brought The Morning Post down with a full marriage law proclamation. Your sister, Mrs. Hurst, might not be subject to it if she is too ill to leave her rooms. It–“

Mr. Bingley turned to him, slamming his glass down on his desk. “It is a damned bit of cruelty making those that just lost a spouse or.. or a child forced to marry again! It is wretched and I have a mind to let the House of Lords know much my sister suffers.”

“I believe your letter may well keep your sister from being subject to the law or at the very least give her more time before she is forced to marry.”

His friend smiled, for the first time that day. “I shall do that very thing.” Mr. Bingley pulled out a sheet of parchment, foolscap, an inkwell and pen.

“You mentioned in one of your letters that you had found a woman and were in love with her. Have you found your bride already?”

Mr. Bingley looked up grinning from his letter where he had just wrote the date. “I have. I am so lucky to not be forced into marrying someone I do not like for she is beautiful, has such pleasing manners and figure.”

His friend looked down at his parchment. “I know that she is the eldest Bennet girl. I had just seen her when this horrible business started in Meryton.”

Mr. Darcy raised his eyebrows. His friend had only seen her? Had not even been introduced, and he was set on marrying her? It was a good thing indeed that he came to Netherfield. Being married to the wrong woman would be a life sentence.  “How did you know of the marriage law? You knew of it before I did and it was in the Post after you wrote to me.”

Mr. Bingley sat up. “It was Caroline’s friend in town whose husband sits in the House of Lords, Lady Coxcomb. She told Caroline to find the best man quickly but–“  Mr. Bingley closed his mouth abruptly while staring at Mr. Darcy.

He raised an eyebrow. “I can imagine what she said. That she already had the best man, meaning me?”

Now that business was returning to normal as much as it could around Hertfordshire, the Bennets returned from Meryton one day with all their post that had been delayed.  Mr. Bennet took the post and shut himself in his study to catch up on all the correspondence.  The family knew that he did not mean he would write replies, but that he would read all the post.

A loud noise from the study caused Elizabeth to throw her needlework aside and run to the study hoping to not find her father lying on the floor again. She threw open the door to find Mr. Bennet sitting alive and well behind his desk.

Mr. Bennet looked over his glasses at her and then back down at the newspaper on his desk. “You might not be happy that you ran when you find out what was in the post. Look at this Lizzy, all unattached men and women of these certain ages must marry by the end of the year and produce a child within a year. Now that should make your mother happy do you think? She will finally have her daughters all married.”

Elizabeth sat down in the chair in front of her father’s desk. All unattached must marry and she was certainly in that group was she not? She stared unseeing in front of her as being forced to marry after she had most probably lost her beau was too much to bear.

“Lizzy, you have tears running down your face. Surely, you can not be making drama like your sister Lydia? This is not so bad, there are many fine young men around to marry. And you do not have to marry a young man if you do not want, why men of the age seventy are affected by the law as well.”

Elizabeth stood and rushed out of the study. She knew her father was trying to make her laugh, as they usually laughed at the ridiculousness of society, but this was not amusing.  It was just as she and Jane had discussed last night, there was now a law forcing them to marry. Would those in mourning be subjected to the law? She would still not be able to get out of it as her beau was a secret.

She threw herself on her bed and cried. Finally, she fully mourned that her happy future with Mr. Lucas would be no more. He had to be dead or he would have wrote or arrived home at Lucas Lodge. No, her heart pained her severely, she had to accept that he was dead. And not only that but she had to marry someone she did not love or care about before the end of the year. That was only less than four months away, three and a half months to find a man she could tolerate and marry?

Perhaps should could get an exclusion that would make her exempt from the law, one based on the mourning period for a loved one. She could show the letters Mr. Lucas had written to her, proof that she was in mourning for her beau was dead.

Elizabeth sat up, dried her eyes and face, and went back downstairs. She had to read that marriage law in its entirety. It would state who to contact with proof of being in mourning. Surely she would be exempt or at the very least have her time to find a man and marry be extended.

The sitting room was noisy with the youngest Bennet girls talking along with Mrs. Bennet about the marriage law. Mr. Bennet stood with his hands behind his back smirking and chuckling. She wished her father would help them and not just find sport in everything, but she knew he would never change.

Elizabeth sat down next to Jane on the bench seat. Jane squeezed her hand which made her smile, all would be well. She would be able to avoid this marriage law, she was sure of it.

“–not many good enough but I imagine there will have to be more assemblies for all the time you have to be married. Only four months! That is not even enough time for a trousseau to be made in London!” Mrs. Bennet frowned at the newspaper.

“I have to have a trousseau! Who can get married without one? All the new dresses and hats are the best part of a marriage.”  Lydia said from the corner where she sat in the most comfortable chair in the sitting room. She tired easily but Elizabeth thought she was prolonging and exaggerating her ills.

“What about the gentleman that leased Netherfield? He would be a grand man to marry.” Kitty leaned over the table directing her comment to the Bennet parents.

Mr. Bennet rocked back on his feet and cleared his throat. “Yes, I suppose I should call upon him as I just opened his card stating he had moved into the neighborhood.”

That pronouncement caused Mrs. Bennet to whip her head around towards her husband. “Oh, Mr. Bennet you must! The girls have to marry in a few months and need all the good connections they can make. Do go at once!”

“Mama, it is past calling hours. He cannot go until the morrow.”

Mrs. Bennet turned a scowl on Kitty. “Oh hush up, Kitty. Can not you see this is an emergency with the marriage law? I am sure no will mind a late call on behalf of that business.”

Elizabeth shared a look with Jane. Their father was of such a capricious nature that he just might do that. It would ruin their chances of gaining favor with that gentleman and his friends if he did.

“Papa,” said Jane, “do you not think that with the losses they suffered at Netherfield, it would be better to wait and call in the morning?”

He smiled at his eldest daughter and winked. Elizabeth wished that meant he would do just as Jane had said. She certainly hoped so for her sister’s sakes.