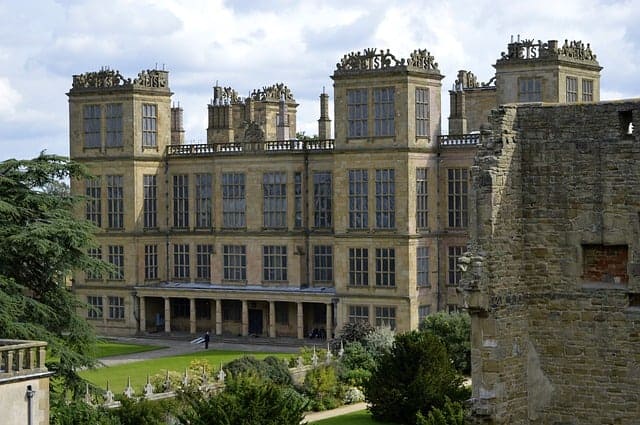 With the militia having recently moved headquarters into Meryton, the town was aflutter with talk of the handsome officers. The Bennet daughters had recently made the acquaintance of a new officer that was quite handsome and a perfect gentleman, Mr. Wickham. He was especially interested in Elizabeth and planned to dance a set with her at the Lucas gathering that week.

Elizabeth was excited for the Lucas gathering as she would dance with the handsome officer in front of Mr. Darcy. There were better gentlemen than himself that did want to dance with her. Mr. Wickham had also informed her of his treatment at the hands of Mr. Darcy back in Derbyshire.  She thought Mr. Wickham should have called him out or made it known that Mr. Darcy failed to keep the accordance of the terms of his father’s will. How dreadful for someone to have so much money and refuse to give it to the person they legally owed.

She asked the maid, shared with Jane, to make her hairstyle intricate with pearl pins inserted throughout. Elizabeth wanted to look beautiful, her best for Mr. Wickham and to spite Mr. Darcy. She smiled at her reflection in the mirror as she imagined the officer’s gentlemanly attentions to her right in front of Mr. Darcy.

As the Bennet family walked into Lucas Lodge, and Elizabeth conversed with Charlotte, it had never entered her mind that Mr. Wickham would not be there. But after she had looked over the open rooms and had not yet seen him, the beginnings of a worry trickled through her happiness.

When Lt. Denny approached and confirmed that his friend thought it better to not appear when somebody else had been invited, and with a pause he looked right at Mr. Darcy, Elizabeth realized all her work to look fetching that night had been for naught.

“And so he cannot even come to a happy gathering for fear of what Mr. Darcy will do to him!” Elizabeth frowned and searched out Mr. Darcy’s profile in the room.

Charlotte grabbed her arm and leaned in. “Be careful, Lizzy. You have only heard one side of the story from Mr. Wickham. Make sure that is the truth before you slight a man worth more than ten times than him.”

Elizabeth frowned at her best friend, as she had expected Charlotte to agree with her. “I could not care less if he was five hundred times his consequence. I would not have anything to do with him even then. How dare he behave in such a manner to someone less better off than him! He should be scorned and shunned and driven out of England. No one should behave in such a-“

Charlotte stepped on her foot and coughed.

Elizabeth turned and faced the exact man she detested.

“Miss Elizabeth Bennet, if I may have your hand for the next two dances?”

Elizabeth flattened her lips and dug her fingers into her dress. She was just about to tell him no when she felt her right foot squashed under Charlotte’s foot, her pinkie toe especially smashed.

Mr. Darcy bowed then turned and walked away.

Elizabeth turned her back to the receding Mr. Darcy and groaned. “Why did I do that? I vowed to have nothing to do with him!”

“I think you did the right thing, Lizzy. It would not do for you to spite someone as powerful as him.”

She closed her eyes so Charlotte would not see the glare directed at her.  Her friend had always been more interested in status and wealth than her. Elizabeth felt character was more important, something Mr. Darcy was obviously lacking.

Mr. Darcy stood near the wall consumed with what he had overheard. He was quite sure they had been discussing him. Elizabeth had been doing it much too brown by Wickham. He kept a scowl off his visage so that no one would know the depth of his emotions regarding them both, though opposite emotions for each.

He was disappointed in Elizabeth. She was intelligent with a quick mind but not enough to realize Wickham had turned her into a gudgeon.  Mr. Darcy quickly corrected the downturn his lips had taken.

He had to admit that he was also disappointed in himself for his boorish behavior at the first assembly. How he regretted stating that Elizabeth was not handsome enough to tempt him for his opinion of her had been incorrect and he had grown to realize how wrong it had been with each passing moment near her.  If he got through their dances without showing a cock stand, he would be betwattled.

The quartet finished playing and dancers were walking off to find refreshments while Mr. Darcy pushed through the crowd to collect Elizabeth. She gave him a quick curtsy without looking at his countenance but Mr. Darcy. He rose an eyebrow at the boorish behavior as he knew enough about her to know the slight was not accidental.

Mr. Darcy and Elizabeth stood facing each other in separate lines as this was a country row dance that was popular. He flattened his lips and stared at her as she looked everywhere but directly at him.  She should not be so boorish to her dance partner, principally because he was far superior to her and had paid a compliment by asking her to dance.

He waited in his line as the other couples performed their parts. There was enough time for them to converse before they would need to dance. He did not like talking to strangers that he did not know well, but he had a perverse desire to speak to Elizabeth knowing it would flame her ire.

“Are you enjoying the ball, Miss Elizabeth?” He fought to keep a smug smirk off his countenance as Elizabeth pursed her lips and finally looked right at him. She could not refuse to answer him unless she wanted to cause her reputation to suffer.

“I do always manage to enjoy myself wherever I am.”

Mr. Darcy tip one side of his lips up. He opened his mouth to find that Elizabeth had not finished.

“I do find myself enjoying people no matter where I go, even if I do not know them well or may not find their figure pleasing.” Miss Elizabeth finished with an arched eyebrow.

Mr. Darcy swallowed, clenched his hands and then released them. He could do nothing but concentrate on slowing his breathing, calming his body so his manhood would not embarrass him. Blazes, he had not had this problem since he was a lad!  Unfortunately his usual methods were not working. He felt sweat forming on the back of his hands. He had to take drastic measures before both lines turned to him and Elizabeth for their part of the dance and noticed his breeches sticking out.

He looked away and imagined that vulgar, common, Mrs. Bennet at the first assembly he attended in Meryton.  Her loud, screeching, her lack of decorum and propriety, her loudly criticizing him.  That did exactly as Mr. Darcy had hoped and he again looked the part of a gentleman by the time he and his partner were to dance.

The warmth of her hand was felt through Mr. Darcy’s gloves. Her scent, a light rose with what had to be her personal scent went straight to his groin. He should look away, contain himself and get some control but he could not stop staring at her angry visage.  She was captivating and alluring even in her anger.  Mr. Darcy finally had to look away and again think of her mother or his breeches would soon give away his thoughts.

“Do you have anything to say, Mr. Darcy? Normally couples speak when they dance.”

Her attempt to needle him brought an upward tilt to the corners of his mouth. She did not back down from a challenge. Instead of irritating him, she instead did the opposite. How would she react if she knew what she did to him?

“I do not speak much with those I do not know.”

Elizabeth glanced up with narrowed eyes. “How do you pass the time while dancing? Are you forever quiet and not attempting to learn about your dance partner?”

Mr. Darcy narrowed his eyes at her. Was he not doing just that exercise, trying to learn about her? “I do not have so easy a time of speaking with strangers as some do. I suppose it is something I could work on.”

She looked back at me with a twinkle in her eye, causing her beauty to magnify more than a hundred-fold. Mr. Darcy missed a step in the dance.

“I have made a new acquaintance in the militia. I believe you may know him, a Mr. Wickham?”

If there was anything she could have said that would have guaranteed an immediate cessation of happiness in Mr. Darcy, it was that name.  It would be some time before his anger and bitterness regarding that man ceased.  “Yes, I heard that you have made friends with him. It is quite easy for him to make friends though not the same for him to keep them.”

Her eyes flashed. “It is a pity more are not his friend and less than he deserves. I wonder if someone had a part in that?”

Mr. Darcy looked away, furious at that lout Wickham. This was not the first time he had been confronted with lies shared by Wickham regarding the will his treatment of Wickham. This time was different as the object of his desire was the one angered on behalf of that worthless cad.  “You seem much involved in that man’s personal affairs. I give you advice that you do not spend any more time in his company for it could prove dangerous and harmful to yourself.”

The dance concluded their conversation which was a relief for both parties. Mr. Darcy bowed and stalked out of the ballroom to cool his temper on the balcony. His ire at Elizabeth’s ability to hold her own and challenge him faded as his anger at the one that lied grew. He would not let those lies stand. Elizabeth would know the truth about him.

2 thoughts on “Chapter 2 of Mr. Darcy is Diverted by Demi Monde”