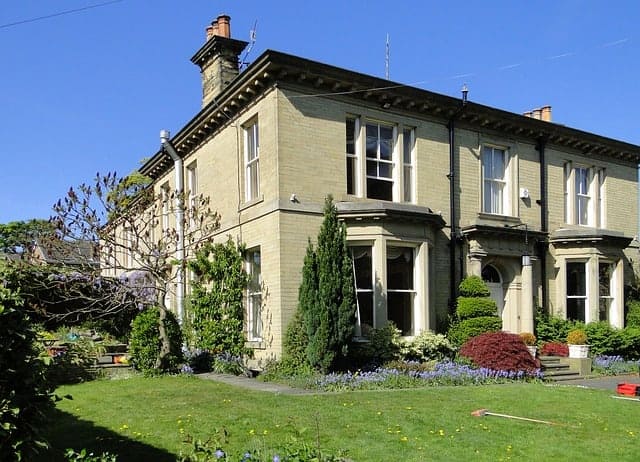 This is new story but it is different from my previous books as it is a short and steamy Pride and Prejudice variation. I’ll also be using a different pen name for it – Demi Monde. A little play on words! I’m such a dork.

Mr. Darcy walked on the wooden floor of the Meryton assembly room, his heels making a rhythmic clack-tap as he paced around the perimeter. No one could hear him though for all the noise the uncouth country louts were making as they tried to dance. He glanced away and avoided eye contact with the many matrons lining the walls. Mr. Darcy did not want their attention nor would he pay any compliment to their unwed and rather plain daughters.  He also had to avoid catching the eye of the men in the room, as they all wanted to be associated with a man of good fortune and standing.

He snorted as he walked past the pompous and genial Sir William Lucas who did nothing except ask if everyone was having a good time and say ‘capital’.  The smell of dancing bodies in close quarters along with a mixture of scents worn by the women, was driving a headache deep into Mr. Darcy’s skull.  This entire thing was a farce, and he regretted Mr. Bingley ever talking him into joining him at this assembly.

Mr. Bingley fell in love every month without fail. Everywhere they went there was a new women Mr. Bingley was sure he would marry but after a few weeks the obsession would fade. This time it was that eldest Bennet girl. She was uncommonly pretty, but that did not mean she would make a good wife or had good enough connections to marry.

It was unlucky for Mr. Darcy that the country dance had finished and Mr. Bingley headed towards him.  He was all big smiles, engaging in conversation with everyone he passed and finding everyone wonderful.

“I certainly shall not. You know how I detest it unless I am particularly acquainted with my partner. At such an assembly as this it would be insupportable. Your sisters are engaged and there is not another woman in the room who it would not be a punishment to stand up with.” It was harsh, more harsh than what he normally would have said, but the utter lack of propriety in these people especially that Mrs. Bennet had already driven him beyond the bend.

“I have never met with so many pleasant girls in my life as I have this evening, and there are several of them uncommonly pretty.” cried Mr. Bingley.

Oh for blazes and damnation. Had he started a new obsession already? “You are dancing with the only handsome girl in the room” said Mr. Darcy. That should put Bingley off this preposterous idea of him dancing and instead distract him with his latest love.

“Oh! She is the most beautiful creature I ever beheld! There is one of her sisters sitting down just behind you, who is very pretty and I dare say very agreeable. Do let me ask my partner to introduce you.”

Turning around he looked for a moment at the young woman sitting there on the bench, one of the Bennet girls. He withdrew his own and coldly said “She is tolerable, but not handsome enough to tempt me. I am in no humor present to give consequence to young ladies who are slighted by other men. You had better return to your partner and enjoy her smiles for you are wasting your time with me.”

Mr. Bingley followed his advice and walked off to be with his partner. Mr. Darcy stood scowling at his friend’s back until that Bennet girl that had sat on the bench behind him, brushed by in front of him with a smile.

Mr. Darcy scowled after her and realized that he had been overheard by her. That made him even more irritated for he had always prided himself on acting like a gentleman at all times and yet he had insulted her. And not only had he insulted the girl, but she was not plain or ugly and he was actually admiring her backside as she quickly walked away from him.

He watched as she stopped a group of girls, spoke and then all laughed. Just his luck to insult the only girl at the assembly that stirred his interest. Mr. Darcy turned and stormed off to the punch table. He dared any matron to trap him in this mood. He needed a strong drink to get through the rest of tonight.

Elizabeth laughed. What poppycock. “Oh Charlotte, do be serious. There are many beautiful girls here tonight. I daresay Mr. Darcy must have worked hard to be this disagreeable in such a happy setting such as this. I will pay him no mind from here on. He can have no consequence in my life and I certainly shall have none in his.”

She knew no one could see through her happy visage to the pang she felt in her chest. The insult was hard to bear especially because the man was quite handsome.

Charlotte looked sharply at her friend. “I feel I should give you some advice, Lizzy. Make sure you do not make sport of him for he is a man ten times your consequence and could cause problems.”

She loved Charlotte but their views on many subjects were quite different.  “Oh Charlotte, there is no danger of that. He will have nothing to do with me. You are much too serious and concerned about these matters. Come, let us go over to Jane, see how she is doing and meet the Mr. Bingley she has monopolized all evening.”

Elizabeth was happy to see how attentive Mr. Bingley was to her sister and like her naturally optimistic and cheerful attitude, thoughts of that man’s insult were quickly forgotten.

That evening all the Bennet females discussed all parts of the assembly while Mr. Bennet begged them not to discuss any more of it within his hearing.  The girls continued their discussions upstairs as they got ready for bed.

“Lizzy, I am sorry for what Mr. Bingley’s friend said about you.” Elizabeth sighed as she had cheerfully removed every thought of that earlier scene before now. “I am sure he must have had bad news that day to put him in such a disagreeable mood. He probably is not normally like that, not if he is a friend of Mr. Bingley’s.”

Elizabeth looked aside at her sister with raised eyebrows as she continued to braid her hair. “Jane, even you cannot find the good in a man that would be so rude in front of a woman he had just been introduced to. This was the first time he had been in public and he chose to say that! Know there is nothing you can do to make his behavior in my eyes for it was absolutely horrendous.”

Jane did not say anything else about Mr. Darcy but did mention that it was unusual for two men of so different attitudes to be friends and perhaps Mr. Darcy was not as bad as they all thought. Elizabeth rolled her eyes, pulled the covers up and lay in bed. If there was one fault, she wished Jane would stop it would be her propensity to see the good in everyone, even people that did not deserve it.