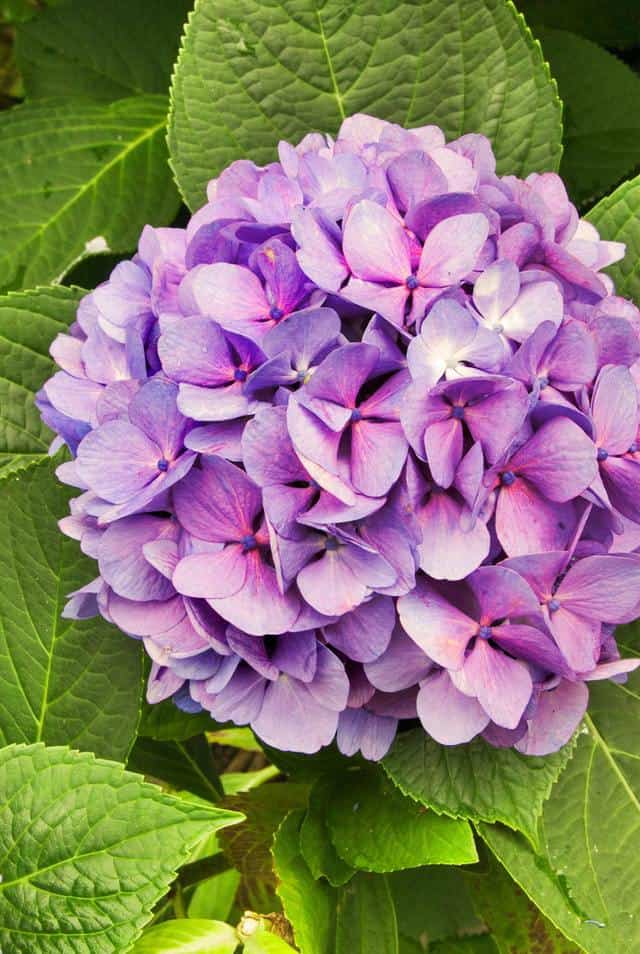 Elizabeth stared. She knew she must look an absolute fright but she could not stop staring at the man who had once offered for her hand. And then she had spurned him most rudely and arrogantly. A man she had thought would never speak to her again, and yet he had followed her into the kitchen and was also staring at her.

She blushed and stood, brushing down the wrinkled and filthy apron over her thoroughly worn day dress. The only one she owned, which also had a ripped seam in the back of her right shoulder. She meant to give him a set down, to tell him that he was not welcome to go wherever he pleased no matter his social class. But she could not get the words out, because it had finally happened. What she had always dreaded, that someone she had known would see her but it was worse than that. For this was her nightmare come to life, Mr. Darcy had found her first. She covered her face with her hands as she cried again.

“Here,” his deep sultry voice was much closer than she had expected, “please use my handkerchief.”

Elizabeth did not want any kindness from this man. This man that should hate her should gloat over her lowered position in life, and yet he was all kindness. But she did need a handkerchief for her nose was running. She reached out a hand and with one opened eye she saw his large male hand holding out a finely pressed beautiful monogrammed handkerchief. She used it to wipe her nose.

It would now be the most expensive item she owned for she would not give it back. Elizabeth was sure he had many other handkerchiefs but she would keep this one. Her opinion of him had undergone such a change after reading his letter given to her at Rosings.

“Cook,” his voice intruded her thoughts, “I need a room to converse with her.”

Oh no. She could not possibly be near him with the way she looked. Nor did she want to tell him why she was currently employed at this out of the way inn.

“Uh… I guess you could take her out back.” Elizabeth was surprised, she thought for sure the Cook would tell him that– “Now that I think about it, she is needed here as we have no one else at the moment and I cannot be fashed to do both her work and mine and I have to be in here –“

“Does the owner not ply his trade?” Mr. Darcy asked. “Why is he not working?”

This could not happen. She had to have this job. If she was fired without a reference she would be hard-pressed to find another job, any other job that did not involve lying on her back.

“Mr. Darcy?” Cook gaped while Elizabeth groaned. “Oh…. well, you do what you want, sir. I will inform Mr. Andrews.”

Elizabeth turned to plead with Cook but saw her attempt the clumsiest curtsy while holding a soup ladle. Mr. Darcy held her elbow and guided her out the back door then stopped. She stepped over the mud where Cook threw out the spoiled food for the local dogs. The stable was next to the inn and was her destination until she stopped with a cry.

Behind the stable, directly in front of her was the missing barmaid with one of the male patrons of the inn. Elizabeth turned around quickly with her hands in front of her eyes.

“Ha, Lizzy!” yelled Sally, “I knew you would finally do it. Looks like you got a good one too. He will surely pay nice coin. Sir, if you are not satisfied with her you will be satisfied with me as I know all them tricks the birds in London do. I will be done here in a second if you would –“

“On my honor!” Elizabeth ran past Mr. Darcy as far away from the stable as she could get, which was not too far as the forest surrounded the inn and stable yard. She stood breathing heavily, unable to stop hearing what Sally had said about her and Mr. Darcy. Why did everyone think she would become a prostitute, or already was one? Would Mr. Darcy believe —

“Hey, are you tumbling that doxy? I would much rather have her than Sally.”

Elizabeth roared and turned around to face the foul man that had just uttered that sentence. “I am not a prostitute! I am not and I never will be! Stay away from me!”

The man had been sitting at the table with the other men that had grabbed her. “You are taking this gentleman in the woods. Do you only go for quality toffs?”

Elizabeth screamed and started towards the man with her fists clenched but Mr. Darcy stepped in front of her.

“You heard what she said! She is not a lightskirt and never will be. Get away!”

The man laughed but did walk back to the inn.

Elizabeth swallowed and took a deep breath. Her heart was still racing and she was shaking.

Mr. Darcy looked at her with concern. “Miss Bennet, you are shaking. Come, let me order you a glass of wine.”

Mr. Darcy pulled her elbow but Elizabeth pulled back with a laugh. “I cannot sit and have a glass of wine, Mr. Darcy. I cannot because I am the one that is supposed to serve it.” She laughed again but then it quickly turned into sobs.

“Miss Bennet, something has happened to put you in this circumstance. Are you in some trouble? Let me help.”

She hiccuped and looked at a gold button on his jacket while she dried her face. “You cannot help me, but thank you for the offering. I fear I will ruin your reputation if you are seen with me. I am-” Elizabeth took a quick breath, “just a maid.”

She stared at that shiny gold button on his jacket. He must have a dedicated and good valet for how that button shined and well pressed his jacket and breeches were. She would have laughed at herself at noticing such inane details but she was exhausted and dull.

“It is a kindness, your concern for me. It is a wonder also to speak to someone with manners who elucidates clearly.

Mr. Darcy reached out to hold her elbow again. “You are obviously in distress. Let me take you back to your family in Meryton. You will not show-“

Elizabeth shook her head. “You do not understand, Mr. Darcy.” She looked up at him, then. “These are my current circumstances. I have nowhere else to go. Longbourn no longer belongs to my family and we are no longer in Meryton.” She must be a sadist for wanting to see disgust come upon his countenance. “You see, Papa died nearly four months ago. Mr. Collins, our cousin who inherited Longbourn, moved in immediately with his wife, who used to be my good friend. There was no money left for us to live on, Papa was not one for saving for the future.”

She took a deep breath. “I had found employment through an ad, as a governess in London. When the carriage that was sent for me, stopped at this inn, I overheard the driver discussing my real employment in London, at a brothel. I hid in this inn until they left and now I earn my board and …food my working.”

Elizabeth felt lighter at finally telling someone the horrible ordeal, someone that cared about her. It surprised her still that it was Mr. Darcy but she had no pride anymore.

The disgust and revulsion never appeared on his countenance, only shock and then again, concern. “My condolences, Miss Bennet. Your relatives, your family, what of them?”

“My aunt and uncle in London have far too many children and not enough room. A few of my family are residing with my aunt and uncle in Meryton.” She would not mention her youngest sister. It had brought ruin to them all when they received notice that she had run away with the worthless Wickham.

“They would not do anything about your situation here?”

She could not let him think her family was that bad, though she knew his opinion of her family. “How was I to tell them? I have no money for the post or stationary. When I ran from that carriage, all my belongings, my luggage was on it.”

Mr. Darcy was speechless. “The innkeeper would not let you write? Could he not see you are a gentleman’s daughter?”

“He did not believe me.”

Mr. Darcy shook his head, scoffed then looked back at her. “I cannot, will not let you stay here employed as a maid. You will come back with me to Pemberley and then –“

Elizabeth shook her head as she looked down at her worn slippers with a hole at the big toe. “I cannot, you know I cannot. My reputation is ruined and yours will be too if you bring me to your home.”

“Miss Bennet,” he spat, “you cannot possibly want to stay and work in these conditions instead of letting me help you. To instead find employment that the daughter of a gentleman deserves? Does your hate for me still run so deep?”

Elizabeth looked up with a gasp. “Hate you? No, that is not it at all Mr. Darcy. I believe I quit hating you after the second time I read your letter. I still think you were quite wrong with what you did to separate my sister and Mr. Bingley, but no I do not hate you. My reticence is…” Elizabeth fidgeted with her dress, “I am going to be honest since you have been so kind to me.”

Mr. Darcy opened his mouth but Elizabeth quickly spoke. “It would pain me to be near the society I used to belong to, but not part of it anymore.” Thankfully she stopped herself because she had almost said it would pain her to be near him, and not be able to have him.

He scowled then dragged her by the elbow towards the front yard with all the carriages. “Mr. Darcy, stop! What are you doing?”

“I am not going to let you fall upon your sword, Miss Bennet. You would not survive here another month if you have not already been let go. Through no fault of your own, events have conspired against you. You have managed to survive but you need help.”

Her struggles were in vain. When they reached his carriage, the tiger was surprised but opened the door of the carriage as Mr. Darcy pushed her up the steps.

“I am glad you have not been harmed and I can make inquiries into the man that took off with your carriage and luggage. Your family will be relieved to hear the news that you have been found.” Mr. Darcy then stepped into the carriage while she stared at him.

After the door closed, Mr. Darcy spoke. “I wanted the right story to be spread by the servants.”

Elizabeth gaped at this Mr. Darcy. She was not the only one that had changed after their meeting at the Hunsford parsonage.