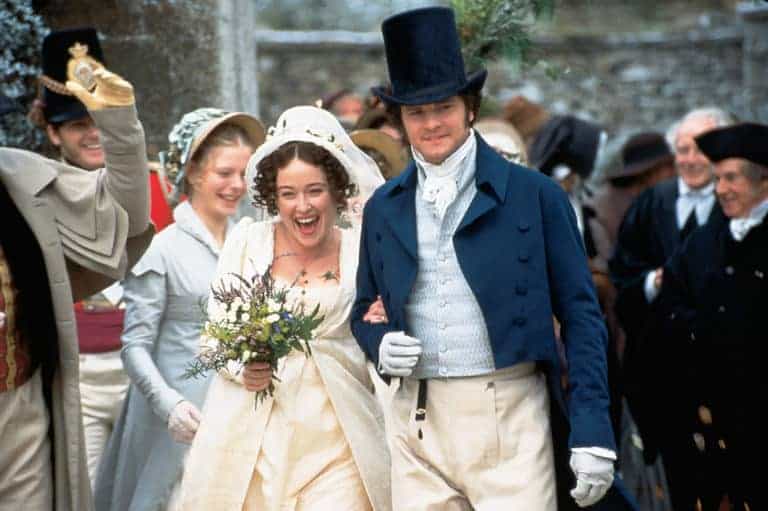 The engagement was not a big deal, no getting down on bended knee, no special dinner or occasion. Engagement rings were rare and not used at all. The wedding ring could have a stone but it was not diamond unless the woman preferred it or it was passed down on the groom’s side.

A conversation was sufficient. A proposal was generally accepted because it was considered bad form for a lady to lead a gentleman on. If it was refused, it should be done with the utmost delicacy towards the disappointed suitor’s feelings.

Once accepted, permission had to be obtained from the girl’s father or guardian if she was under twenty-one. This could be done before the proposal, if the man asked permission to pay his addresses or after when he had obtained her consent.

Once engaged, a couple could expect some privileges. They would be allowed to be alone together and could dance more than two dances together at a ball!

The wedding itself was held in the groom or bride’s parish after the Banns had been read for three weeks. Unless the groom purchased a Special License, then they could be married at any time, anywhere.

The wedding was a short ceremony with only close relatives and friends in attendance. Special invitations were not used. White was not standard, a pale color was the norm. The bride did not buy a special wedding dress. The best dress was worn or a new dress could have been purchased but there was not a type of dress known as a wedding dress. The bride and groom would walk up the aisle together, or just the bride or the bride and her father. The ceremony must be held before noon. The groom did not receive a ring.

The wedding breakfast could be as simple as an actual breakfast hosted by either the bride or groom’s family or a more elaborate party.

The newly wedded couple would leave directly from the church to a honeymoon if they were rich, to their new home or to a wedding breakfast. There was not a special wedding cake in that era.

“The breakfast was such as best breakfasts then were: some variety of bread, hot rolls, buttered toast, tongue or ham and eggs. The addition of chocolate [drinking chocolate] at one end of the table, and wedding cake in the middle, marked the specialty of the day.”(Austen -Leigh,1920)

Here are links to the information I’ve found: