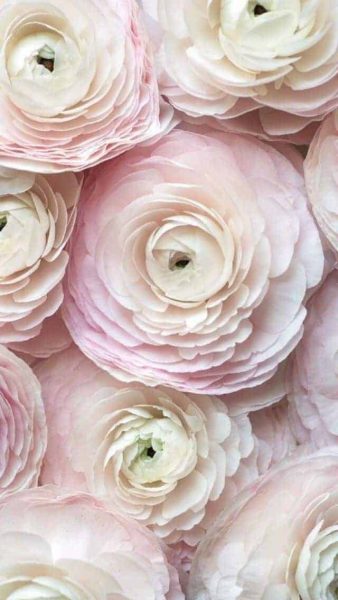 Mr. Darcy clenched his jaw and stood upright, the pool cue still in his hands. He looked aside to the servant. “And what did she say when she called for me?”

The servant stammered. “Nothing, sir. She requested that I bring you to her.”

“How did she refer to me?” Mr. Darcy turned to the servant.

“She said her nephew, Sir.”

Mr. Darcy frowned. That meant his aunt would not be in a good mood and would complain about everything. She had not often been in a good mood since she had stepped backward and nearly fallen down the front steps of Netherfield.

He was glad, of course, that she had not fallen as his aunt would be most likely be dead by now. But his aunt was injured and refused to travel back to her home of Rosings Park while her ankled pained her. Therefore, Mr. Darcy and his bride could not leave Netherfield as Lady Catherine was his aunt. They were held in a tortured limbo until she declared she was healed.

And her favorite pastime was to demand her nephew call on her.

Mr. Darcy placed his pool cue on the table. It was bad form but he planned to return to the game room quickly.

He took a deep breath then walked into the sitting room that was connected to the largest guest bedroom at Netherfield. The one that had been his until his aunt became injured.

“Do not take that snappish tone with me, nephew. It is your fault that I am stuck here in Hertfordshire away from my – and your – Anne.” Lady Catherine looked peevish.

“I have asked you to stop repeating those sentiments. I have married Elizabeth and I plan to stay married to her.” He clasped his hands behind his back. “I was never betrothed to Anne, my mother never mentioned, there was never any mention of it in writing at Pemberley and my father never knew of it. You will desist this behavior at once.” He had not meant to sound harsh but he would not apologize. His aunt would not pay any attention to his request if he did.

Mr. Darcy walked to look out the large window and regain his bearings.

The room was so silent he could hear the ticking of the grandfather clock in the entrance hall on the first floor.

Elizabeth walked with her sister Jane on the grounds below. They were the only two happy with the circumstances. The sisters had not looked forward to being separated as they had shared a bedroom at Longbourn and were best of friends.

He, however, longed to leave his aunt and return to his home. To show Elizabeth all of Pemberley since she was the mistress of it now. To send for his sister after he had been home a month. But most of all, to experience the marriage bed again as it was deuced difficult when his aunt was in the next guest room.

If they moved from Elizabeth’s room farther down the hall from his aunt, they would then be next to Mr. Bingley’s room which was a worse situation. And so they stayed next to his aunt’s room. Elizabeth was too embarrassed for marital activities with his aunt so close. Besides, nothing cooled his ardor as fast as hearing his aunt’s voice.

“I am waiting for your apology, nephew.”

Mr. Darcy watched his wife and her sister walk out the entrance of the formal garden and start on the path that led to the driveway. “Lady Catherine de Bourgh, my friend is a cheerful and conscientious host making sure your every need has been provided for. But I am not your host and I am also not a servant. I have recently been married and long to return home to Pemberley. My sister does as well. Your stay here has delayed those plans.”

“You would think of leaving me,” cried his aunt, “your own flesh and blood, when I have been injured in a county far from my home?” A sharp sound, like a fan smacking a chair, reached him. “That is preposterous! Do you think I stay here because I enjoy being away from my Anne? It is too dangerous to travel with an injury such as this-“

Mr. Darcy turned. “Lady Catherine, you do not have a broken ankle or any broken bones. A sprain of the ankle is perfectly fine for traveling a few hours to Rosings Park.”

“Are you now declaring that I am lying? What has come over you? Ever since you married that-“

“Do not denigrate my wife. I am tempted to pack up and leave this minute.”

His aunt had kept them, hostage, at Netherfield for a se’ennight now. Mr. Jones, the local apothecary, had declared that Lady Catherine had not broken any bones but did have a bad sprain of the ankle. His aunt would not hear of traveling until she was perfectly healed as she was convinced highwaymen and hoodlums waited for her on the roads. Of course, she did not have any compunction when she had traveled to Hertfordshire bound to prevent Mr. Darcy’s wedding to Elizabeth Bennet.

It was getting harder to behave like a gentleman each time Lady Catherine demanded he call on her. Especially when Elizabeth was the subject of his aunt’s spleen. But he could not leave when a relative stayed here and had only come because of him. He also would not subject Mr. Bingley and Jane to his aunt without him present.

He was well and truly trapped. Surely something had to happen at Rosings Park that required his aunt. Perhaps he could ask his cousin to travel there and arrange one. Let pigs trample his aunt’s formal gardens. That would not work as Lady Catherine would have no qualms at ordering pigs killed, no matter it was a farmer’s livelihood.