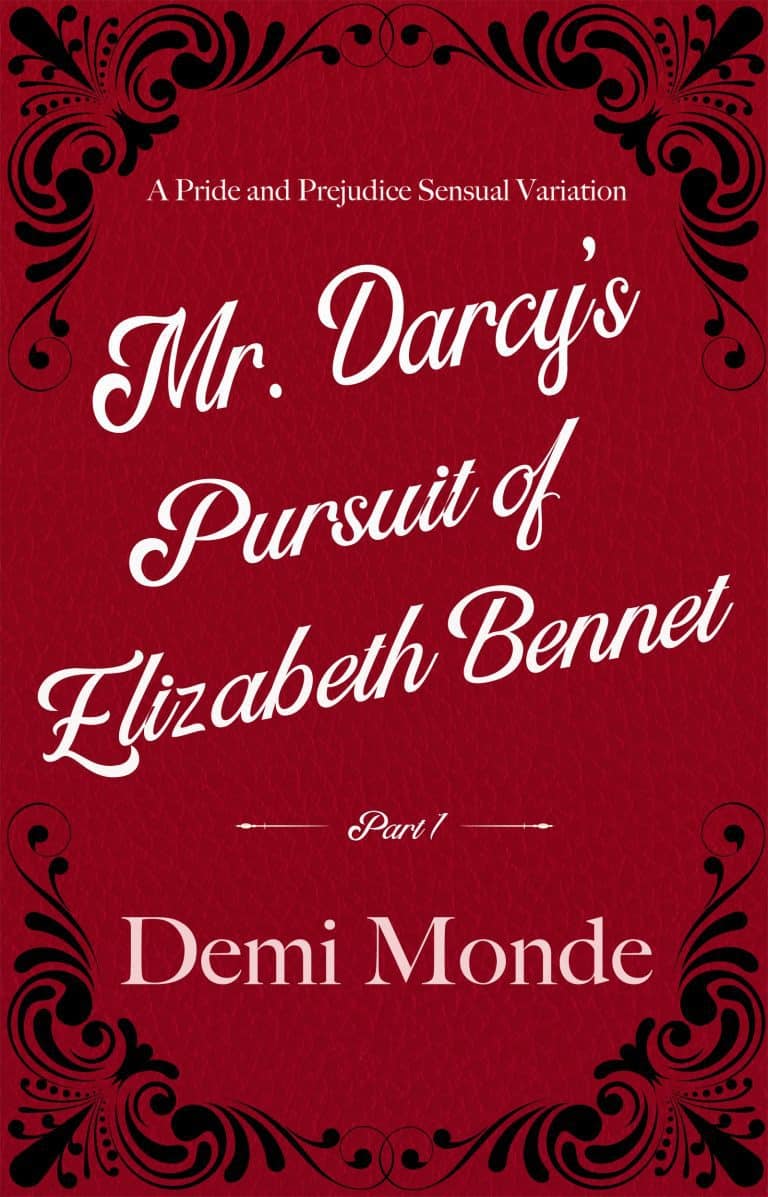 Part 1 of the four part series Mr. Darcy’s Pursuit of Elizabeth Bennet (formerly the working title of Mr. Darcy Rescues Elizabeth Bennet or Does He?) is now available to purchase or read for free in Kindle Unlimited on Amazon.

All Miss Elizabeth has left is her pride…

After Mr. Bennet’s death, Elizabeth Bennet is cast out of Longbourn. Escaping a one way trip to a brothel, Elizabeth finds work at an inn, a new low.

After Mr. Darcy’s proposal to Elizabeth at Hunsford is rejected, he still longs for her. Stumbling upon her at a roadside inn, he offers her a life of luxury… as his mistress.

Mr. Darcy will stop at nothing to make Elizabeth his own. But will her pride keep them apart?

This sensual Pride and Prejudice variation novella is the first part of a four part series featuring a slow burn, enemies to lovers, seduction and chase of Elizabeth Bennet that ends with them married happily ever after.

I’m so excited that part one is out! Part two is rolling right along and will be out in a few weeks. Read Part 1 now!