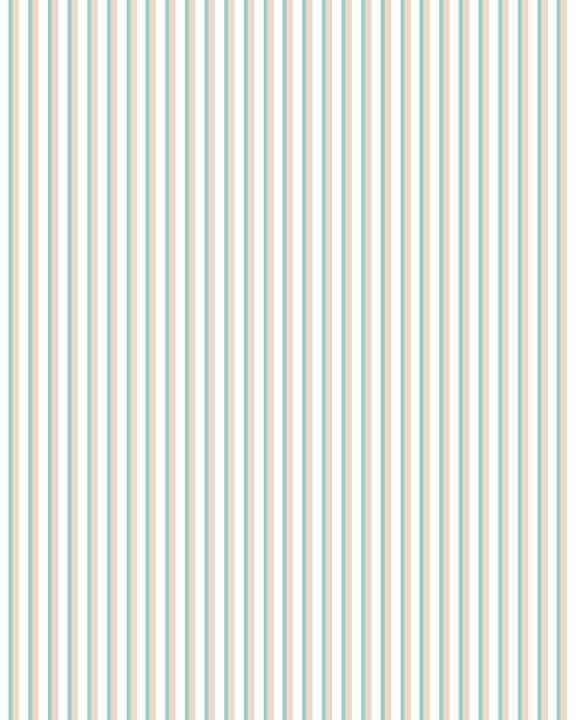 The Collins’ maid helped Elizabeth upstairs to her bedchamber. It was not too difficult as she could brace herself on the walls and hop up the steps. The maid returned with a bowl of water, towels and liniment.

“Oh my! Your hands look painful. Whatever happened?”

Elizabeth had planned on keeping that quiet, but now that village women, Mr. Collins and Col. Fitzwilliam had seen her, she doubted anything would be kept quiet. Especially by Mr. Collins. “I was walking in Rosings Park when I tripped over a tree root and tumbled. My hands are scraped and my knee as well.”

The maid lifted Elizabeth’s dress making exclamations of horror at her knee. Her scrapes were washed, covered with liniment and then linen. Nothing was done however for her pride. The maid helped her change then Elizabeth laid back on her bed and stared at the ceiling.

It was interesting how fast one’s mood could change when their future was no longer their own. Elizabeth’s future was now bound to Mr. Darcy. Elizabeth closed her eyes and did not even bother brushing away the tears running down her face.

Col. Fitzwilliam caught up with his cousin, who had darted out of the Parsonage. Mr. Darcy had not stopped so that Col. Fitzwilliam could walk with him. “How is Miss Elizabeth? Were her injuries quite severe?”

“I would imagine not.” Mr. Darcy’s terse answer did not ease Col. Fitzwilliam’s concern.

Something had happened between Miss Elizabeth and Mr. Darcy before he had arrived upon them, Col. Fitzwilliam was sure of it. He knew how much Mr. Darcy had favored her. Why then had his cousin barely been able to ask for Miss Elizabeth’s hand in marriage when it was obvious they had been compromised? Why had he not spent much time in the Parsonage after helping Miss Elizabeth?  And Miss Elizabeth could not even stand to look at Mr. Darcy. This was not a good beginning to their engagement.

Mr. Darcy sped up his pace.

“Darcy, I cannot believe you! You just left her there? Did you even ask her to marry you?”

Mr. Darcy stopped thereby causing Col. Fitzwilliam to overshoot him and then walk back. “No, I did not see her injuries tended to. Yes, I asked her to marry me and she accepted.”

Darcy’s glare was a thing to behold. But Col. Fitzwilliam did not see it for long because Darcy took off at a fast pace for Rosings, again. Col. Fitzwilliam had to trot to catch up with him. “I don’t understand you, Darcy. Why are you angry? You have been interested in Elizabeth Bennet for quite some time now. I know you would rather ask for her hand in marriage without being forced, but the result is still the same. Why are you so angry?”

“What makes you think I had not asked her to marry me before this?”

Oh, no. So that is why Darcy had been dragging his feet about being married to Elizabeth. “How long ago did you ask her?”

Col. Fitzwilliam stopped again. That was horrible, indeed. For a man of Darcy’s pride to have been turned down and then less than an hour later to be forced to marry the very woman who turned him down was a Greek tragedy. Col. Fitzwilliam let the silence between them stand for a while until they were almost at Rosings itself. “Why did she turn you down? I am surprised that she would do so. Did she even have a good reason?”

“According to her mind she had several good reasons.”

Col. Fitzwilliam grimaced. This was not a good at all. His cousin would have the most unhappy marriage in all of England if his cousin and Miss Elizabeth did not work this out. “Come Darcy, I have some very good French brandy that I managed to bring into England. Why do we not sit down and talk about this before we go anywhere near our aunt?”

Mr. Darcy nodded but did not speak. Col. Fitzwilliam could tell by the twitching muscle in his cousin’s jaw, that he was still quite angry. And Col. Fitzwilliam did not blame him. If the woman he loved had turned him down with several reasons and then less than an hour later he was forced to marry her, he would be in a worse mood than Darcy was right now. Col. Fitzwilliam shook his head. He could not think there was a worse way to start an engagement.

Mr. Collins managed to get away from the two village woman. Even though they were mavens of Hunsford society, they were still of less importance than Lady Catherine de Bourgh. Whom he needed to see at once.

Mr. Collins walked into the room bowing low as he usually did before his patroness.

“What took you so long, Mr. Collins? I expected you back promptly.”

Mr. Collins rose up from his bow. “I must apologize Lady Catherine de Bourgh, I was waylaid by Mrs. White and Mrs. Wimbley of Hunsford who had various-“

Lady Catherine waved a hand brushing away those other women as if they were nothing. Which they were according to her. “Yes, yes, yes. Do you have the book?”

“Yes, I do your ladyship. But I must tell you of what happened-“

“I am not interested in what those society women had to say. Hand me the book.”

Mr. Collins approached Lady Catherine and handed her the book of spiritual readings that he had just received from the post. As a matter of fact, the book was so new that he had not even had a chance to read it.

Lady Catherine opened the book and ran her finger down the list of contents. “Very good. I am glad to see they included that. Oh yes, I imagine that would be quite a good chapter. I am much impressed with this.”

Mr. Collins knew he had to alert Lady Catherine of what had just transpired outside on her grounds, yet he was loath to interrupt her. He glanced aside at his wife who stared at him, confused. He turned back towards Lady Catherine. This news would affect his wife as it involved her good friend, Elizabeth Bennet.

“Your ladyship, I must interrupt. Something occurred on your grounds that you need to know about.” Mr. Collins waited for Lady Catherine to raise her head and she did so with narrowed eyes.

“What matter is so great that you need to interrupt me?”

“Something transpired on your grounds that was quite alarming. As I said earlier, the two village women Mrs. White and Mrs. Wimbley had questions about an upcoming wedding service, which I was of course most obliged to help them as I am a very helpful and caring person of my parish.” At this Mr. Collins bowed apparently in thanks to his patroness Lady Catherine.

“We came upon a most unusual scene. It seems that Elizabeth Bennet was taking a walk upon the grounds of Rosing’s Park, tripped and fell over a tree root through no fault of yours Lady Catherine. Oh no, your gardeners are the most qualified and amiable, dedicated to their jobs as befitting a woman of your-“

“As I was saying, she had tripped and fallen. However her dress did not stay within the realms of propriety. That was the scene that the two village woman and I encountered.”

“Is that it? Miss Elizabeth tripped and fell? You interrupted me for that?”

“Oh my, my dear Lady Catherine I omitted the most important part. I must apologize. I am so sorry I cannot believe I made a mistake like that. I did not mean to waste your time. Oh no, I understand-“

Mr. Collins bowed again. “Your ladyship, your nephew Mr. Darcy was helping Miss Elizabeth to pull her dress back down from where it had been wrapped under her arms, completely exposing her chemise.”

Mr. Collins heard his wife gasp and saw the color drain out of his patroness’s countenance. He gave himself a little pat on the back for delivering this shocking news first. He was glad he had been the one to find the scene and not anyone else.

“You say he was pulling her dress down?” Lady Catherine’s hand was raised to her throat.

“That is correct. When she had fallen, she must have tumbled quite severely. Her dress was wrapped up under her arms, almost above her shoulders, completely exposing her chemise in its entirety! Why, I was in shock to see such a sight!  Col. Fitzwilliam, who also came upon the scene, was quite shocked as well. It was shocking, most shocking! Mr. Darcy tugged her dress down and helped her stand but not before we all had a rather shocking view of Miss Elizabeth.”

“And you saw this? Mr. Darcy was with her when her chemise was completely exposed?” Lady Catherine clenched her fingers into the armrest of her great chair.

“Why yes, Lady Catherine. He helped her stand, but her dress was stuck under her arms. Mr. Darcy tugged, turned and pulled it so that it dropped down to her knees but then it was stuck again. He had to crouch down to inspect the bottom of her dress or her chemise, then he pulled off a twig and the dress fell all the down to her shoes. But by then we had all seen her!”

“And Mr. Darcy he was touching her? You also this?”

“Yes, yes, Lady Catherine. All of us Mrs. White, Mrs. Wimbley, Col. Fitzwilliam, yes we all saw Mr. Darcy pull her dress down to cover her. And then tug at her dress from a very close position while her lower legs were completely exposed. It was quite scandalous.”

Mr. Collins was certain that his coming to Lady Catherine de Bourgh immediately with this information would grant him a higher standing in her eyes. It would definitely show that he knew everything that went on in the parish. He was sure she would definitely bestow some favor on him for this.

He would have to wait awhile for that favor for Lady Catherine was speechless. She leaned back in her chair, her hand still over her throat, her face devoid of color while she stared at her daughter Anne. Mr. Collins stood for a while not quite sure what to do. Then he looked to his wife, bowed low and backed away from Lady Catherine until he sat down next to his wife on the sofa.

Mrs. Collins leaned over to her husband. “Is Elizabeth okay? It sounds as if she would have been injured by a fall such as that.”

“Oh, her hands did look bloody and I think her knee was scraped as well.” Mr. Collins was stared at Lady Catherine though his mind was not on his cousin’s injuries or feelings at all.

Charlotte leaned back with her eyes narrowed at her husband as if she knew exactly what he was thinking. She had gone into that marriage with her eyes open though. As a matter of fact, she was the one that had put the idea in his head and encouraged it.

Charlotte pursed her lips and turned back to Lady Catherine. Her husband was too stupid to realize what he had stumbled upon, but Charlotte knew immediately. Her friend Elizabeth was truly compromised. She would be forced to marry Mr. Darcy unless Lady Catherine did something to stop it.